Most mornings on our way to the office in Cantabria we pass a few Camino de Santiago walkers doing the coastal route as they walk from Güemes to Somo to catch the ferry to Santander. It’s lovely to see the ‘peregrinos‘ or pilgrims with the St James shell on their backpacks. And when we get to the office, we often continue with the St James Way theme as we organise quite a few custom trips for people wanting to experience the Camino de Santiago in a multitude of ways. 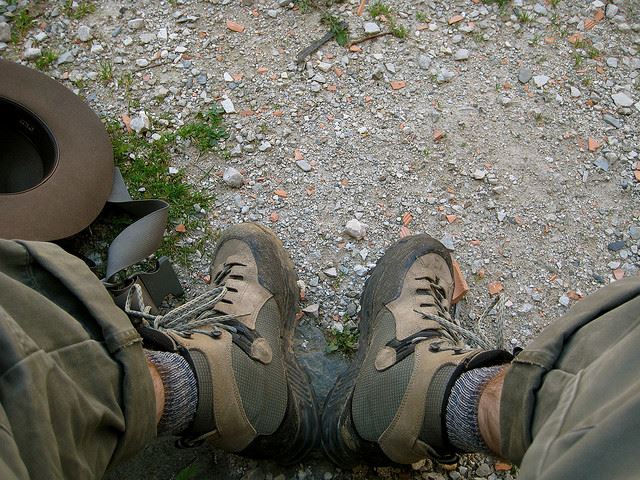 What are you waiting for? Photo credit: Pig Monkey via photopin cc

People often ask us about the Way and we start by saying there’s no ‘typical’ Camino trip. We do organise lots of trips along the final 100km stretch from Sarria to Santiago de Compostela which is the minimum pilgrimage necessary to obtain the Camino certificate. But we also organise walking and cycling packages from the border with France. And sometimes these longer Caminos can spread out over a number of years with clients doing the journey in different stages. 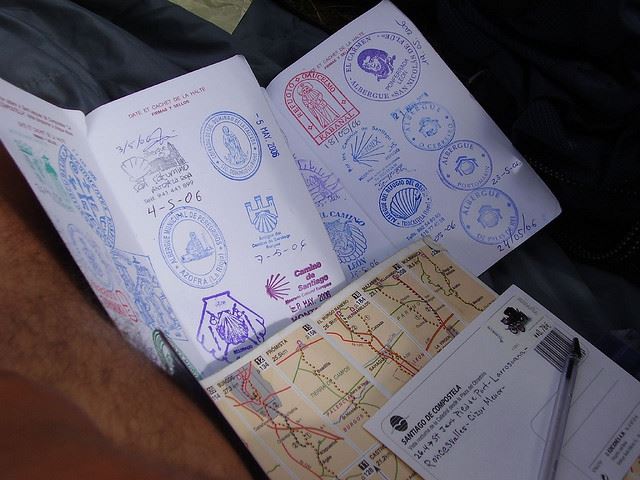 The Camino Passport that is stamped as you progress along the route. Photo credit: jameswberk via photopin cc

In addition to the walking and cycling routes, we also organise Camino-themed driving trips. For example, we’ve planned an itinerary for a British couple that arrived on the ferry into Santander and were travelling in their vintage car across the north of Spain. They took the coastal Camino route on the way over to Santiago and returned by the French route. They loved the towns and villages, the slow pace of life, the quiet winding roads and the charming hotels. We also had a large group from the US that finished an intense tour of Northern Spain in Santiago de Compostela. It’s a very special place to finish any journey. Read our separate Guide to Camino driving-routes.

We also plan tag-on trips after the Camino. We organised a fortnight trip for two friends last summer – the first week walking the Camino and the second relaxing and sight-seeing in Andalusia. This year they are back – walking another section of the Camino and exploring the Rioja wine region afterwards. Many walkers need to break the Camino up into sections and we can suggest how to do this. 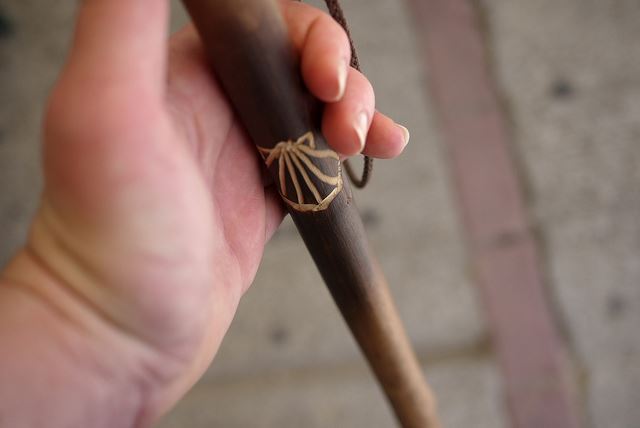 Walkers usually get through a few of these walking sticks. Photo credit: artescienza via photopin cc

Which Camino is the right one?

We can offer personalised advice on which route to take. This depends on factors such as the time of year, the length of time the person or group has, and, where they are flying into. For example we usually recommend the coastal Northern Way (Camino del Norte or de la Muerte) to those who prefer a quieter more contemplative camino as this is a less travelled route – but being further north and along the coastline it can involve a little more rain. If guaranteed sunshine is in order, we’ll steer the peregrino-to-be towards the French way (through Leon and Astorga). This is probably a better route for somebody travelling on their own who’s looking for company as it’s the busier of the caminos. We’ll also listen to other requirements such as the type of accommodation, cuisine or the best bike paths.

The Northern Way – Along the Coastline

How to Start the Camino – Airport Transfers

Which route you choose, we can help by getting you on the Camino. We can recommend connections from all the Spanish airports and further afield. We can reserve seats on trains and buses or book a transfer direct from your airport to the first leg of your Camino.

Where to Stay on the Camino?

The dormitory-style rooms in the official hostels aren’t suitable for everybody and we work with lots of small often family-run rural hotels along the different routes. We know which hotels have the best family rooms, who keeps a spare stash of decent plasters and bootlaces and who’s handy at finding spare bike parts at 7am in the morning. 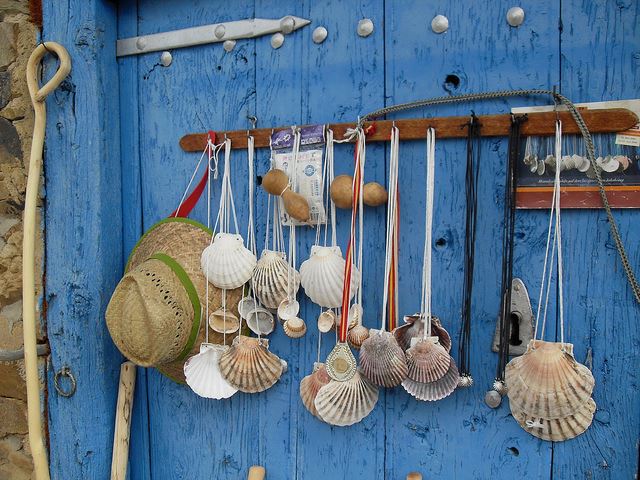 A few mementos in a village outside Astorga. Photo credit: CGPardillos via photopin cc

Decent maps are like gold-dust on the camino. Each of the regional tourist offices does pilgrim maps but you have to get to their tourist offices during working hours. We can put together a complete package of the full Camino. We’ll mark the routes and highlight where each hotel is located and recommend good places to eat and rest along the way.

We also offer services such as the luggage drop which is especially useful to the less experienced walkers, or somebody with a bad knee or back, and also to those who are travelling on in Spain and have more than one backpack. Basically, you can pack your bag and leave it at your hotel reception and it’ll be collected and dropped off at the next hotel before you get there. 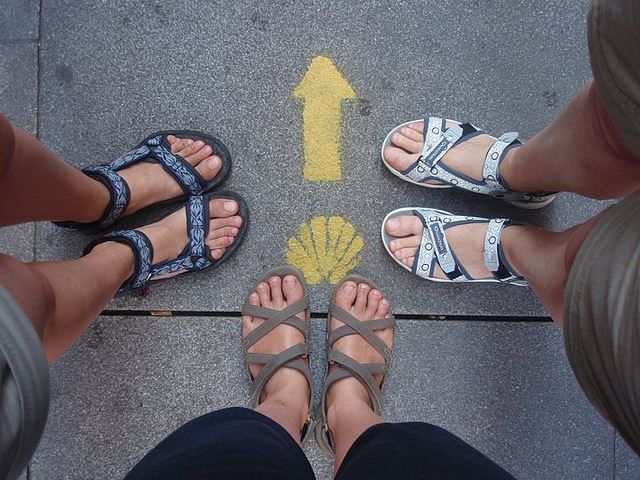 Being in the travel business and living by the Camino, we are more than happy to give advice. On a flight from Dublin to Santander, we sat beside the Irish accordion player Brendan Begley who needed a break and decided to hop on a plane and walk the Camino. We jotted down a route for him to take on an airline napkin. It was with great pleasure five days later that we screeched to a halt on the road near our home. He’d taken our advice and was having a brilliant experience. He has now rowed the Camino from Ireland to Galicia so it certainly proven a life-changing trip for him.

To everybody planning to do the Camino de Santiago – buen Camino and let us know how we can help! If you’re still not convinced, see the trailer for ‘The Way’ starring Martin Sheen and directed by his son Emilio Estevez.

Have a look at our Suggested Camino Packages for the French Route and the Coastal Road and our Self-Drive Camino Tour featuring 5 paradores. And read about the three-day Camino Lebaniego in Cantabria.