Cantabria isn’t the first place that comes to mind when you think of visiting Spain’s Great Gardens but this Northern region is home to many unusual and unique  ‘planned gardens’ perfect for fans of gardening and landscaping. Totally Spain has organised a number of custom Garden Tours for groups and would be happy to help you plan a Garden-themed tour to Cantabria and other parts of Spain.

1 The Magdalena Palace Gardens in Santander

Arriving into Santander? Your first gardens should be the grounds of the Magdalena Palace designed by local architects, Riancho & Bringas, for Spanish King Alfonso XIII and his British wife who spent their summers at the coastal city until 1931. Our favourite part of the gardens is probably the sculpture garden and of course, the views of the bay are second to none. The café open in what used to be the royal stables, is handy for a coffee and snack. For more info see the Palace website. 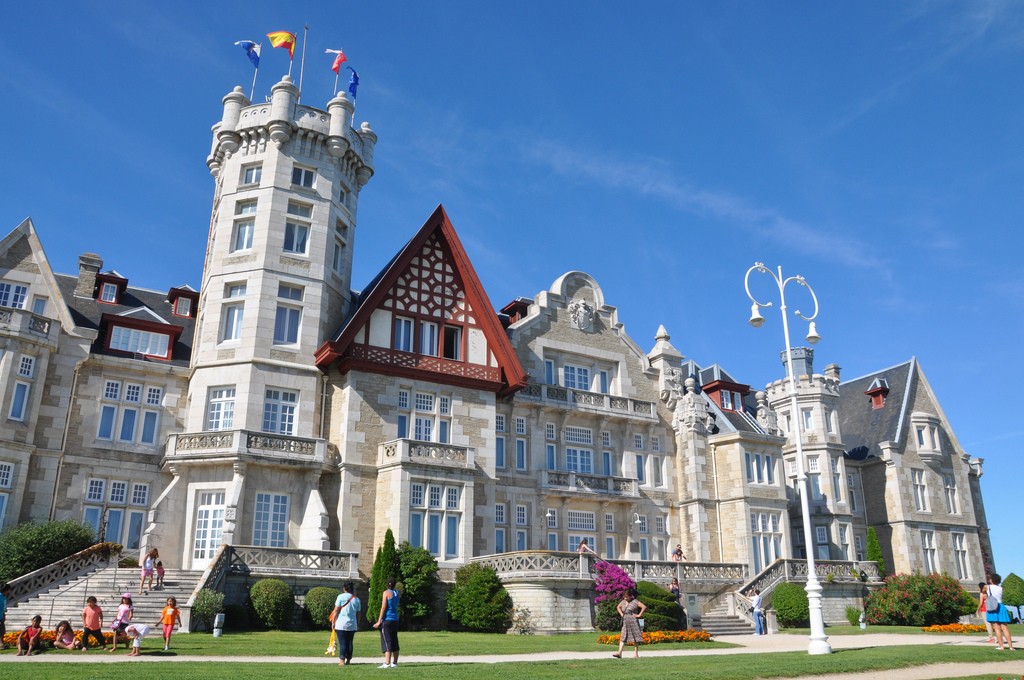 Step back one hundred years at the Magdalena Palace and grounds in Santander. photo credit: Palacio de la Magdalena via photopin (license)

Contrast the old world feel from the Magdalena with the ultra-modern Pereda Gardens also in Santander. Named after one of Cantabria’s best-known writers, Jose Maria de Pereda, the gardens opened in 1905 but were re-modelled in 2014 to better accompany the Centro Botin art centre designed by Renzo Piano which opened to the public in 2017. The re-model was the handiwork of Fernando Caruncho – one of Spain’s better known landscapers who absorbed the extra parkland created by tunnelling traffic underground, while respecting elements of the old park such as the trees and statues. Today you’ll enjoy the magnolias, holly, palm trees, cedars, chestnuts, pines, boxwoods, yews and lime trees here and those views! The sculptures and monuments are also very touching. Need a coffee? – head into the Centro Botin café which is run by Jesus Sanchez – who has been awarded two Michelin stars for his restaurant across the bay – El Cenador del Amos which we wrote about in our guide to Fine Dining in Cantabria.

Still in Santander, check out the former swamp, now a controlled marshlands called Llamas Park which is the work of Catalan architects Batlle i Roig featuring an amphitheatre, shallow lakes, water channels and plantation. Opened in 2007, it’s a combination of urban and angular walkways paired with flora and fauna from the Atlantic. Walk, jog, cycle or skate through and enjoy this family-friendly space. There’s a cheerful café at the park – and if you’re lucky, you might coincide with the monthly Escenario Flea Market when you’ll encounter lots of food trucks and a great vibe. Read more about Llamas Park and the city’s other municipal public spaces here. 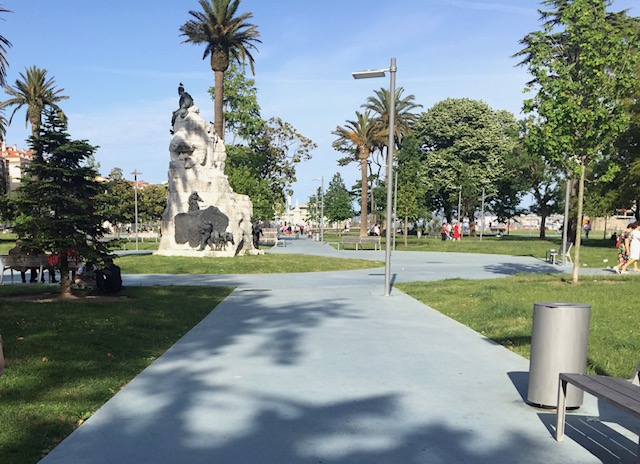 The monument that gives Pereda Gardens its name – in the heart of Santander. Pic credit: PamelaCahill.com

Ready for road? Cantabria is a region of sea-farers and explorers and many of the palaces and mansions built by the returning emigrants boast wonderful gardens. One of our favourites is Gaudi’s House and Gardens in the Capricho de Gaudi, Comillas – you need to pay to visit the house and gardens built for Máximo Díaz de Quijano but for this entrance fee of 5 EUR you receive a free guided tour and of course, learn about the architecture and the landscaping skills of Mr Gaudi. The horseshoe shaped garden and grotto are original and is one of the few remaining gardens designed by the Catalan maestro. Check out the Capricho website for the tours in English or let us arrange a private tour for you.

If you’re travelling to or from Bilbao while in Northern Spain, you should stop off in Castro Urdiales which is home to the wonderful Ocharan Palace and grounds complete with its own castle/observatory. Built in the first two decades of the 20th century by local architect Eladio Laredo for the Basque businessman Luis de Ocharan Mazas, it’s been listed as a historic garden since 1985. The Palladian-inspired villa is a dream to look as is the Mudejar/Gothic styled castle and the gardens are equally impressive. Access is restricted to the Palace and grounds but once a month (or so) you can apply for tickets to visit. The website for the local authorities provides details on when visits are available but you need to be fast because tickets are snapped up quickly. After your visit, you’ll see Castro Urdiales is a charming port town with lots of wonderful cafes, tapas bars and restaurants. See here for more info on the Palace.

Best known in Cantabria for the hospital bearing his name, Don Ramón Pelayo de la Torriente also known as Marquis de Valdecilla lived in the village of Valdecilla, just outside Solares and today you’ll be able to visit his former 15-acre residence (now a museum) and gardens plus meadows bearing native and exotic trees offers plenty for a gardening aficcionado. The other buildings on the grounds are also of interest especially when you consider they were where King Alfonso XIII is said to have overnighted. The estate was purchased by the Town Hall of Medio Cudeyo in 2003 and its been open to the public since then for visits, tours and events. See here for opening times which is restricted to weekends during the winter months and see this video to get a better sense of what’s to see. 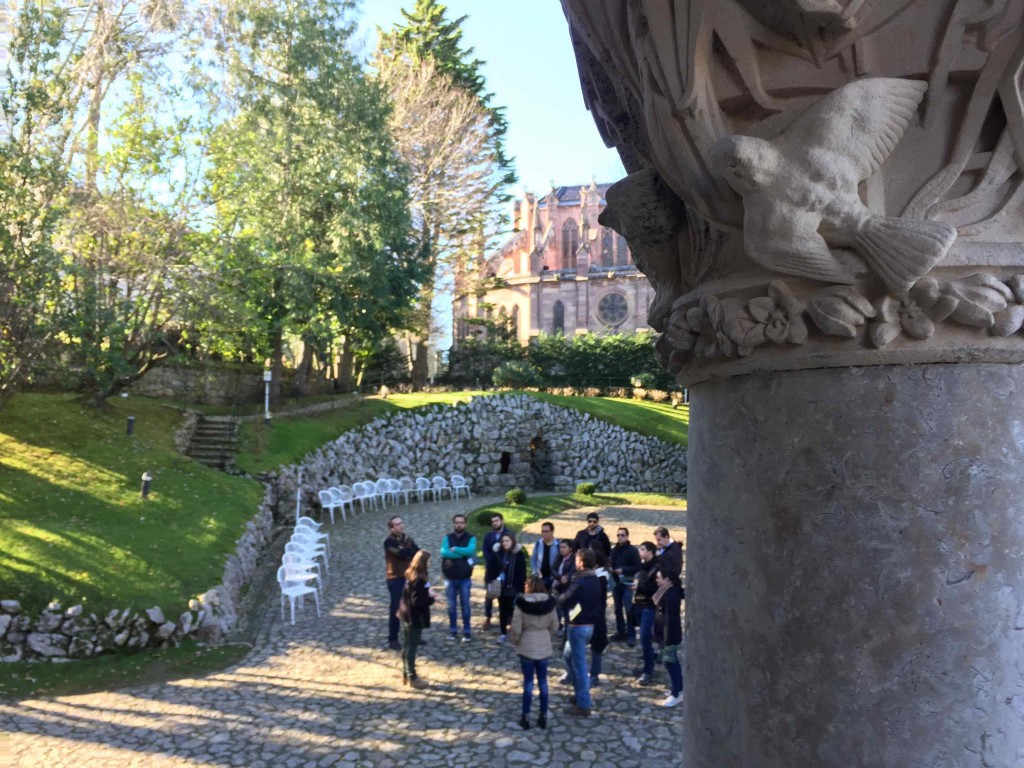 One of the few remaining gardens designed by Gaudi can be visited in Comillas. Pic credit: PamelaCahill.com

If you’ve seen ‘The Others’ movie starring Nicole Kidman, you might remember that a significant portion was filmed at Los Hornillos Palace and grounds in Las Fraguas. The Palace is said to have been the inspiration for the Magdalena Royal Palace in Santander and was designed by British architect Ralph Selden Wornam, for the Duke of Santo Mauro. You’ll also find the 17th century casona, which is the original house (pre-dating the Palace) on the 30 hectares of stunning parkland complete with pond, rose garden and centurial trees. Both the Palace and Casona are only open for private events such as weddings so unless you have an invitation or are planning your own wedding (or renewal of vows), you might have to resort to viewing the images here on the Casona Pinterest page.

In Santillana del Mar, one the Spain’s most charming medieval towns, you’ll find the Peredo Barreda Palace (also known as Benamejís Palace). Built in the 1700s it was acquired in the last century by a local savings bank and converted into a cultural centre. Unfortunately the garden is only open when the exhibition space is in use so you’ll need to check the bank’s website for details if you want to see one of the earliest eucalyptus planted in Spain. It’s small compensation if you really want to see Benamejís and can’t gain access, but you will find some charming walled gardens in Santillana where you can rest your feet from the cobblestones and enjoy something to eat or drink. 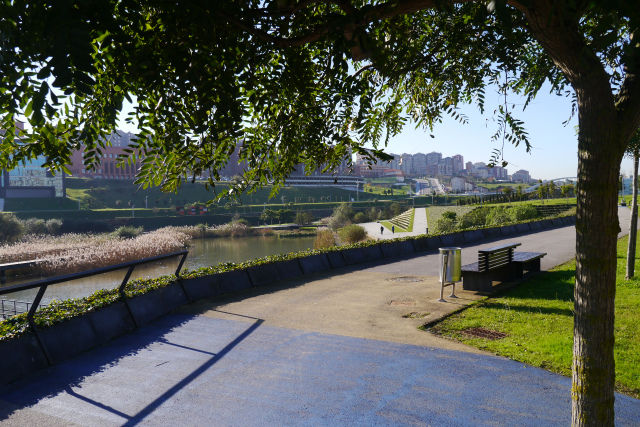 In Reocín by Puente San Miguel, you’ll find the Botin family estate. Listed since 1986, much of the planting was overseen by avid botanist and lawyer Marcelino Sanz de Santuola, who is famous for finding the Altamira cave paintings (with some help from his daughter). The garden was designed by the Andalusian painter Javier de Winthuysen. Look out for the 3-metre-wide-chesnut, the magnolia that is over 200 years old, the 5m tall Sequoya that is over 5m tall and the cedar that is over 30m in height. Access is limited to the first and third Wednesday of every month between May 1 and September 15 – although group bookings are accepted outside these slots. For more info see here. And while you are in the area – you might like to try the enormous maze (5,625 sq. metres) at nearby Villapresente which you can learn more about here. NB It’s closed over the Winter and re-opens for Easter. 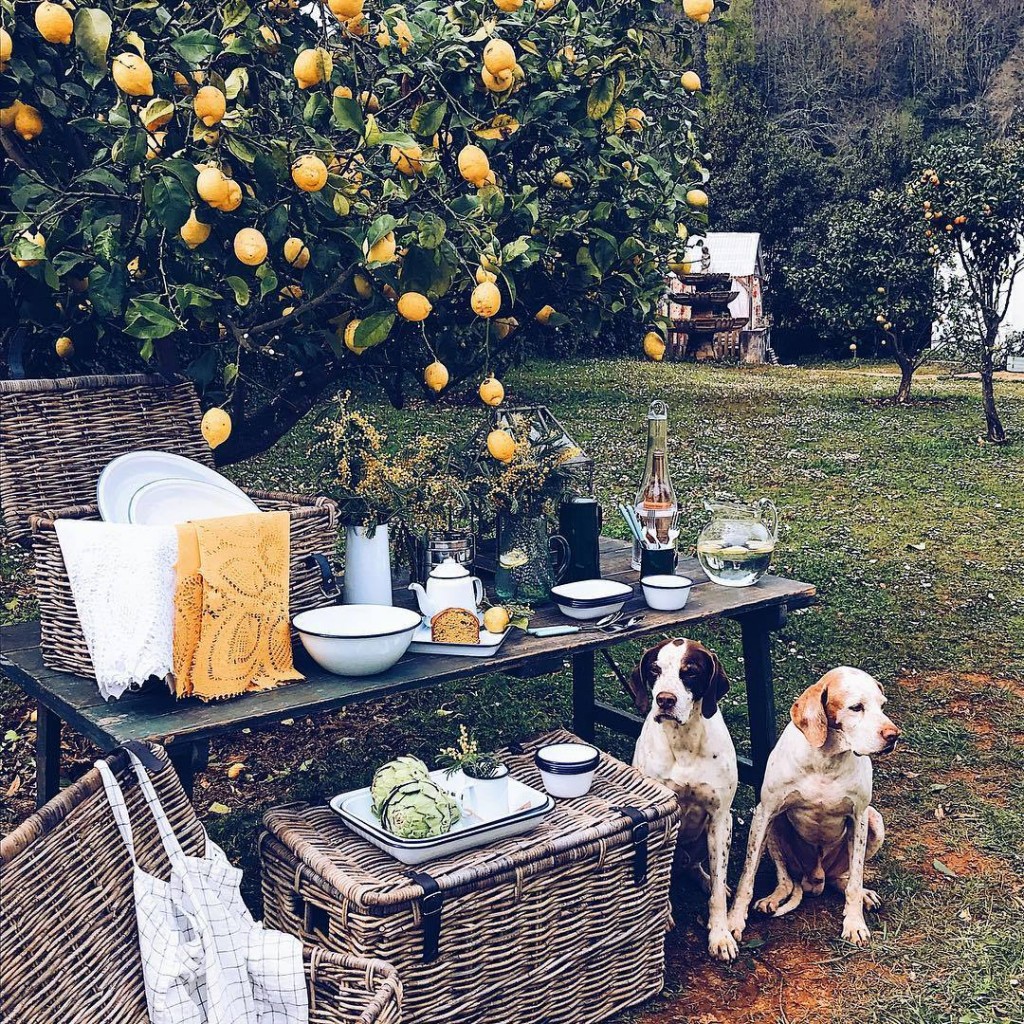 A snapshot of Federica’s garden in Novales ready for a picnic. Pic credit: Andrea Savini

If you’re looking for a cooking class and accommodation in luscious surroundings, Federica & Co in Novales might be your big find in Cantabria. Federica, who is originally from Rome, has been restoring a house and developing the gardens in Novales – a small town that enjoys a micro-climate and you’ll realise when you find yourself stumbling over citrus fruit frees as you explore the area. Federica also arranges high teas known as a merienda here and lots more. Check out her website for details. 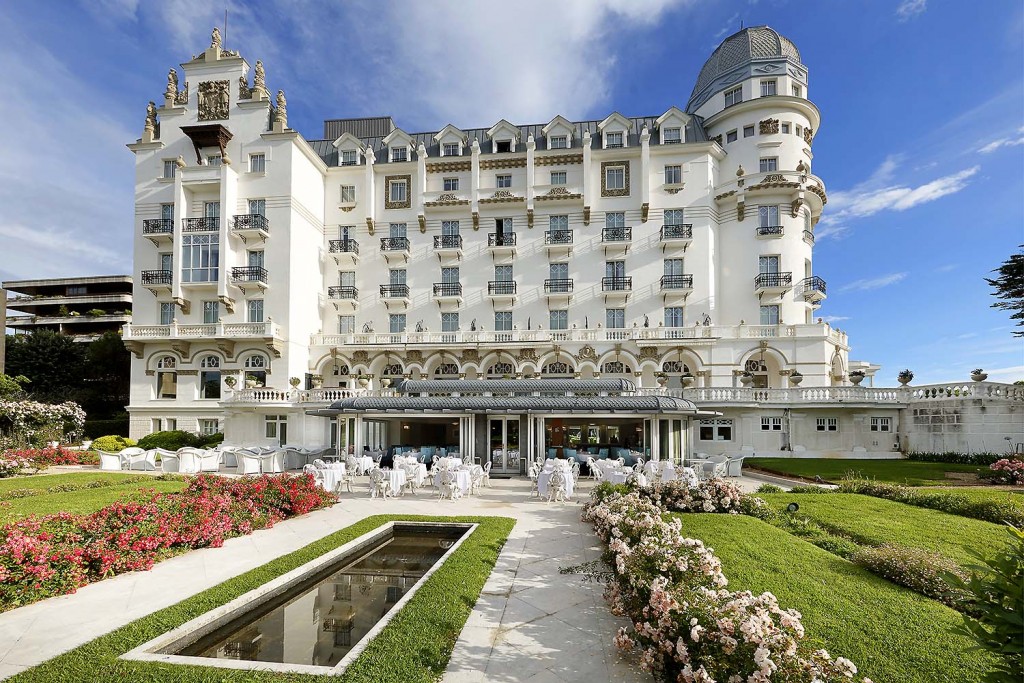 Need a room with a view while you visit these gardens of Cantabria?

We’ve already mentioned quite a few places – but if you need some green space in the city, check out the Hotel Real in Santander, which we’ve featured in our post on the hotels with the best views in Spain, and many of the Paradors in Cantabria have wonderful grounds also. We are big fans of the Hotel del Oso in Camaleño which has a charming garden and enjoys the views of the Picos de Europa. And if you want to explore the national parks, you have to read up on our take of the best National Parks in Spain. Not enough reading material already? You can access all our posts about Cantabria.