Santander, as you may have heard, is the location for the 2014 International Sailing Federation ( ISAF ) Sailing World Championships. We are living and breathing the changes taking place in our home city in preparation for this wonderful sailing event. It’s an opportunity for lovers of sailing to witness a great championship – and if you’ve never been to Santander, September 2014 would be a great time to visit!

You only have to look at a picture of Santander bay to know that Santander is a perfect location for the Sailing World Championships. There’s a wonderful tradition of sailing in Santander – and because the conditions in the bay and the wind are so favourable – it’s possible to sail practically 365 days of the year. The location of the CEAR de Vela – the Real Federación Española de Vela (RFEV)’s Centre for High Performance in Sailing – has placed Santander on a pedestal nationally. And all the sailing and public institutions are pulling out all the stops to guarantee the city the best Sailing World Championships ever.

Here at Totally Spain, we are also busy – putting together packages for competitors, sponsors and spectators and identifying the top vantage points for both the test and the main event in 2014 – which is a classifier for the Olympics Brazil 2016 so it’s an hugely important meeting. 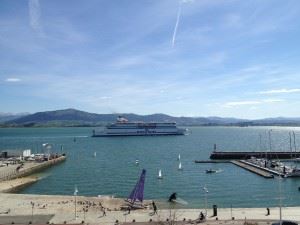 The bay of Santander with boats of all sizes 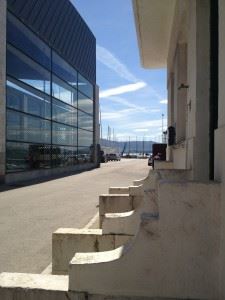 CEAR de Vela – Principe Felipe, where the skills of sailing are taught all year round 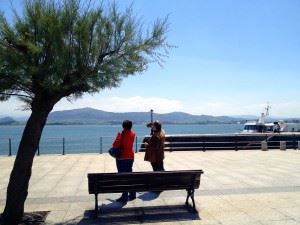 Spectacular views from the bay of Santander

Experience the beautiful Santander bay from the water in this short video of a dinghy competition on the bay.

The World Sailing Championships 2014 and the Test Event in 2013

We can provide quiet hotel rooms with access to a sports massage to relax pre and post-competition, and arrange add-on visits to the nearby UNESCO-listed Santillana del Mar village, a tour of the cave-art at Altamira Caves or meals out in traditional restaurants as well as tapas trails in the historic centre of Santander.

Whether you need a sponsor-focused champagne or Rioja wine and gourmet tapas promotion package, evenings at Michelin-star restaurants, plus your transport needs covered while in Cantabria or any other part of Spain, and of course, tour-guide services with English speaking professionals – we can help.

Should you want to combine your visit to the Sailing World Championships 2014 with travel to other parts of Spain either before or after the event then Totally Spain can also help with planning and organising these arrangements for your too.