We’ve just come off the phone from a client who was asking us what to pack for Spain. It’s something we are often asked – usually with the subtext of how the person can avoid looking like a tourist. While we don’t think that everybody should look the same (how boring would that be!) here’s our advice on what to wear in Spain with our insider Do’s & Don’t to consider when packing. Living and working in Spain as we do (Totally Spain is Spain-based travel agent and specialist in custom travel to Spain since 2000), we speak from experience.

Totally Spain’s Practical Guide on What to Pack for Spain 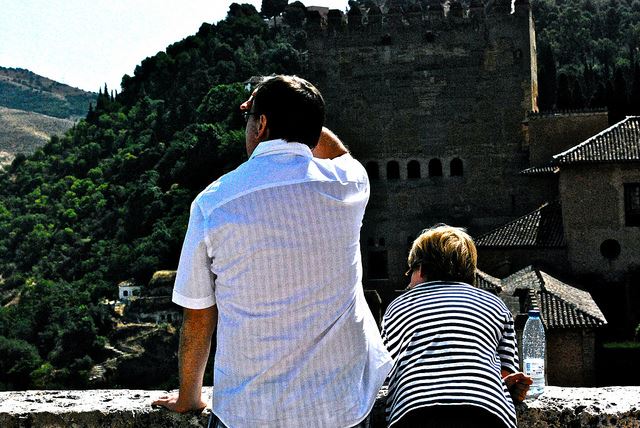 One father and son here proving that you can’t go wrong with a smart shirt or top. photo credit: Creative Ignition via photopin cc

1 Everyday Smart Casual Rules in the Towns & Cities!
It’s safe to say that whatever the weather, Spaniards tend to dress smartly. If not a suit, men will wear a shirt and blazer to work and often a shirt again or a polo shirt at the weekend. In fact, many Spaniards won’t differentiate between weekday and weekend clothes. As you might expect, women also dress smartly for work and outside the workplace. Accessories such as shoes, bags and jewellery are also important to a Spanish woman’s wardrobe. 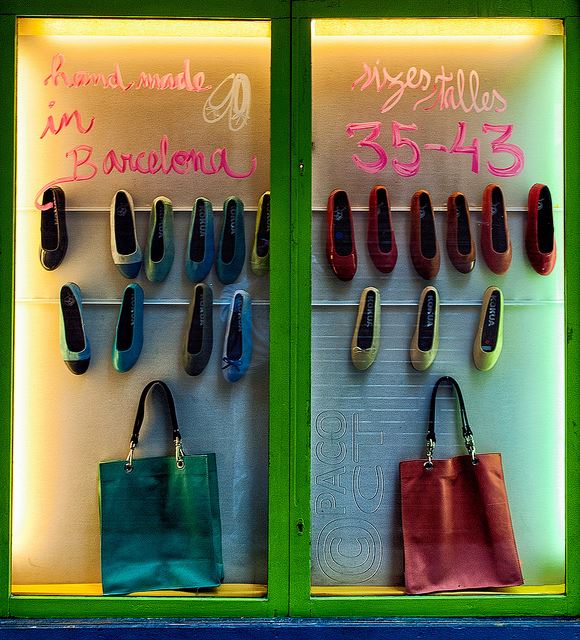 If you haven’t packed the right bag or shoes, there’s no shortage of shops in Spain to pick up a perfect shopper or pair of pumps. photo credit: Paco CT via photopin cc

The smartness and formality of the clothing is the same all year round. Smart lightweight suits and dresses are worn in the Summer which are covered with a trench coat and accessorised with a sturdy umbrella in the Spring and Autumn. In fact, when it rains, you’ll be surprised at the number of expensive wellington boots you’ll see out and about. In the Winter months, you’ll see ‘good’ woollen coats and highly polished boots and gloves, and among the older generation lots of smart hats. If you like to ‘fit in’ when you go on holiday, ‘smart casual’ is definitely something to keep in mind when you look at what to pack for Spain. 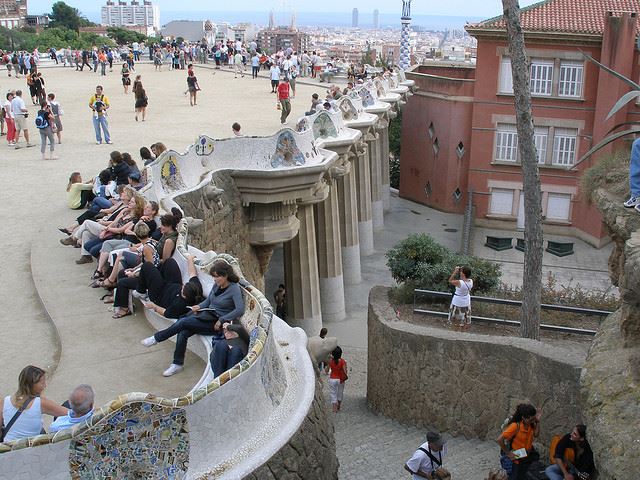 If you want to enjoy the best Spain’s cities have to offer, you’ll thank yourself for packing a comfy pair of shoes. photo credit: Giama@Flickr via photopin cc

2 Swimwear – While Swimming or Sunbathing Only!

Smart casual reigns for Spaniards not only in their own home cities but also when they are on holidays in their own country. Most will be wearing what they would normally wear in their home town with perfect a pair of slightly more comfortable walking shoes. And being on the coast doesn’t mean any great change in the Spanish dress code. A woman going to the beach will have her bikini or swimsuit but will have on a smart beach dress, probably dressy leather sandals and bag. Men will also dress smartly for the beach and after a swim will change into a smart polo or t-shirt and shorts just in case they go for lunch/drinks/tapas. Once away from the streets that lead to the beach, you will never see Spaniards in swimsuits. The same goes for flip-flops. They are worn on the beach or at the swimming pool. Unless you are a teenager (and even then!), don’t wear flips flops away from the pool or beach. Not in the city. Not in a restaurant. Not in a museum. Incidentally, it is illegal to drive barefoot or wearing flip-flops in Spain. If you are looking for alternatives to your Havaianas, consider purchasing a pair of espadrilles or menorquinas. Read our post on Spanish shoes for more footwear tips. 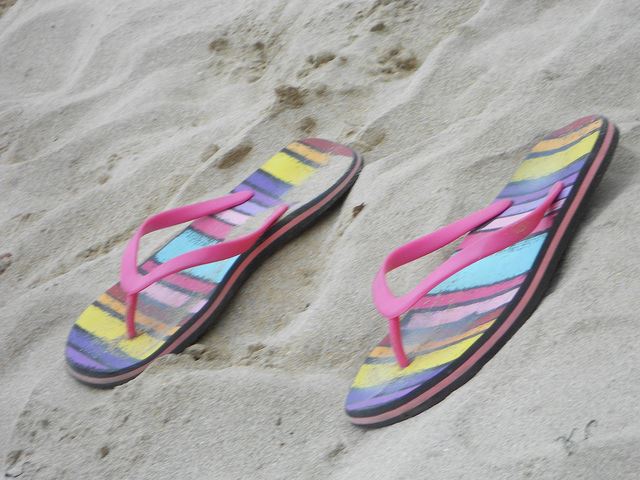 Wear flip flops in Spain where you would wear a swimsuit. photo credit: EEPaul via photopin cc

3 Activity Gear When Up the Mountains

The only exception to this Spanish ‘smart casual’ look is when the Spanish are on holiday in a rural area, either in the countryside or up the mountains. This is where you’ll see Spaniards in hiking trousers, walking shoes and a t-shirt or polo all day long. The influx of shops such as Decathlon across Spain has made it easier than ever to pick up inexpensive footwear, clothing and accessories for hiking. Of course the locals don’t wear these hiking clothes and probably find it hilarious to see so many Spanish people with all the gear. But unless you know the terrain, we’d recommend good shoes and clothing – better being prepared than not… 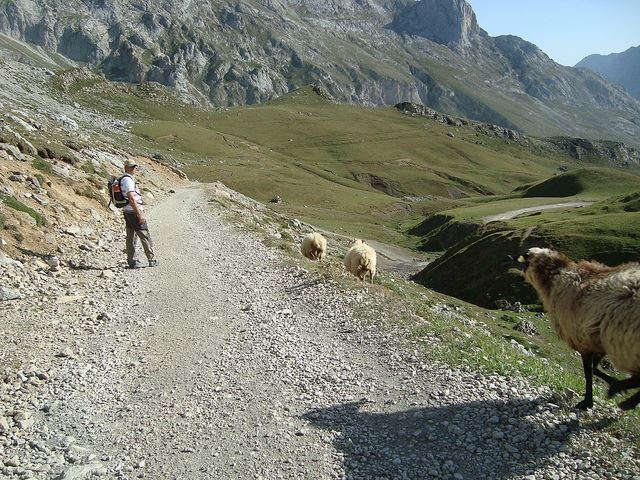 Things get a lot more casual up in the mountains. photo credit: masia vilalta via photopin cc

4 Formal Clothing in Spain – for the Kids!!
You’ll see plenty of Spanish children wearing jeans and track suits during the week, but at weekends, you’ll notice they are often more formally or traditionally dressed. Newborn babies and infants are often dressed in a style that looks more like the 19th century rather than the 21st. And do keep an eye out for siblings dressed in matching outfits. Look out for the big bows and long ribbons on girls. Boys might be wearing the old-fashioned short pants – even in Winter. You can pick up some of this clothing, if you like the look, in the high-street chains such as Zara and the more upmarket ones such as Nanos. 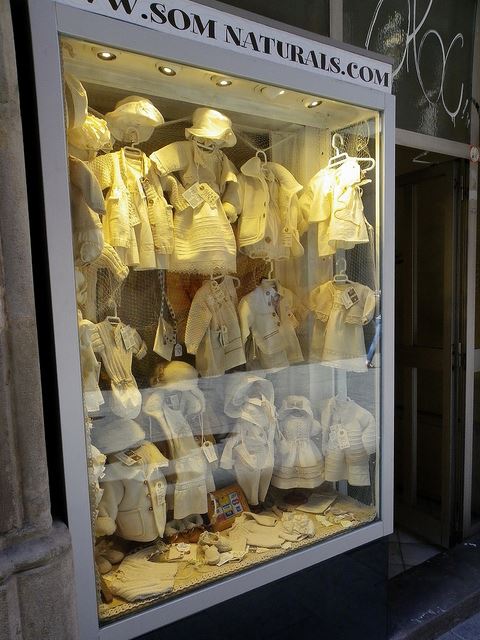 Some of the childrenswear is quaintly traditional and old-fashioned. photo credit: anne arnould via photopin cc

Along with the traditionally dressed children, clients often comment on the perfectly coiffed and dressed ladies (of a certain age) sitting at cafés well into the evening. Don’t be fooled into thinking they are ladies of leisure. Some are, but many run busy households and spend their mornings providing daycare for their grandchildren and running errands for their grown-up children. Keep an eye out for these groups in popular cafes from 6-10pm. This is also ‘paseo’ or strolling time when you see the great and the good out for a wander – a great opportunity for people-watching. And if you’d like to undertake some grooming, you’ll be glad to know that a trip to the hairdresser for a blow-dry and a manicure is much less of a luxury than in other European countries. Grooming for men is also important and you’ll see lots of barbers for all ages full to capacity. That said, curiously, men may not be as cleanly shaven as you might expect although the day or two-day long stubble often adds an informality to the well-ironed and polished clothing.

Along with the variations in cuisine and the climate from region to region, there is of course a huge regional diversity when it comes to clothing from region to region. We hope you get to see the beret-wearing gentlemen in the Basque country. And the widows dressed in black in the small remote rural villages. And the party goers wearing the red and white combination at Pamplona for San Fermines. Plus the wild costumes worn for Carnaval by Spaniards of all ages. And the colours and styles of the dresses worn to the feria in Seville is really wonderful with many wearing the Spanish ‘peineta’ comb. Contrast that with the solemnity of the robes worn during Easter Week. Not something you need to pack yourself – but your camera will enjoy capturing for sure! 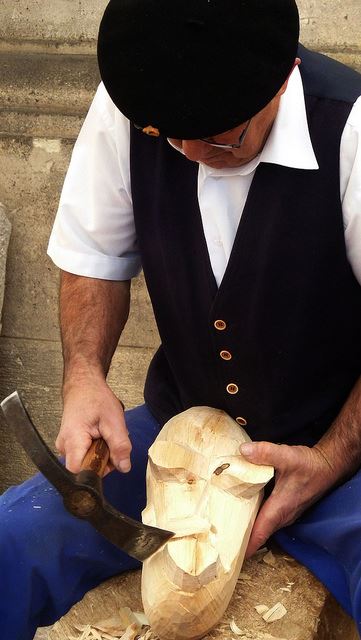 You’ll enjoy spotting the differences in clothing from one region to another in Spain. The ‘boina’ or beret rules in the North especially in the Basque Country. photo credit: Gonmi via photopin cc

7 Pro-Tips for Dressing in Spain

7.1 Don’t expect the weather in one part of Spain to be the same as another. Download a weather app to your smartphone and watch for the difference between maximum and minimum temperatures as well as the percentage of rainfall, humidity and wind. When you leave your hotel it might be 25 degrees but if it drops to 12 at night or in the shade and you don’t plan accordingly, you’ll be less likely to sit out on a terrace soaking up the atmosphere.

7.2 Bring layers. And watch out for draughts and breezes when out and about. When choosing an outdoor seating area, always watch where the locals sit – as they know where is protected and snug in the cold months (and where to find a nice breeze in the Summer heat.) A scarf is very useful in the Summer for those air-conditioned museums, restaurants, galleries and when visiting caves and wineries and also very handy in the Winter when you need an extra layer of warmth.

7.3 Baseball caps should be treated like other hats – when you go indoors to a restaurant or museum – take them off.

7.4 Cover your shoulders when going inside a church. Not only are these spaces chilly but it does show some respect to those who are worshipping inside.

7.5 Good shoes matter in Spain which is one of the world’s largest shoe manufacturers. If you want to wear comfy trainers when exploring the sights, perhaps you might consider sticking a pair of smarter shoes or heels in your daypack to put on if you are going to a nice restaurant.

7.6 Accessories are your friends in Spain especially if you are female. Spanish women like their jewellery whether it’s costume, contemporary or the real deal. When packing, consider putting in a pair or two of earrings and a necklace. They don’t take up much room and can really dress up a daytime outfit to evening wear.

7.7 If you like to travel light, remember that many hotels offer laundry and ironing services. Yes, it’s costly but if you are making lots of connections within Spain, you’ll be more comfortable with a small carry-on. Of course, there are lots of online tips for choosing what to pack, how to pack (have you tried the rolling or bundling methods?) and how to care for your clothes on the go. We should warn you that while hotel laundries offer a next day service, dry-cleaning facilities tend to move slower than in Anglo-Saxon countries. If you can’t travel light – look up companies that allow you to send your luggage on ahead such as Excess Baggage Company who can receive your suitcases in advance in Barcelona or Madrid and can hold them there until your arrival. 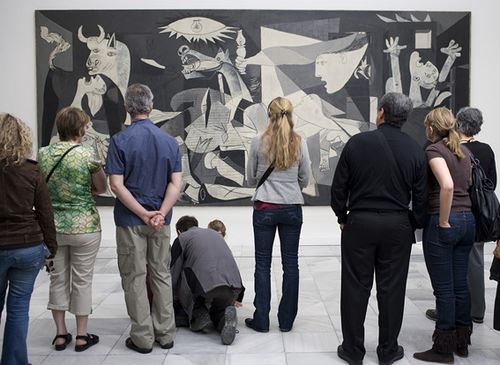 Hats off to these guys in the Reina Sofia museum. photo credit: Museo Reina Sofía via photopin cc

8 Forgotten Something? Where to Shop in Spain

We probably don’t need to tell you about the Spanish high street names such as Zara, Mango, Massimo Dutti and Adolfo Dominguez to buy anything you might need while on your trip. If you have some extra cash for clothes you should check out the higher-end brands such as Intropia for women’s clothing, Loewe for leather ‎and Purificacion Garcia for clothing also. El Corte Ingles department store chain  is also a handy one-stop-shop. Of course, if you are not in a rush, wandering around the flea markets is a great way to shop in the smaller towns and villages – also useful for picking up a few gifts for home as well. Check out our detailed post on Shopping in Spain for lots more advice. 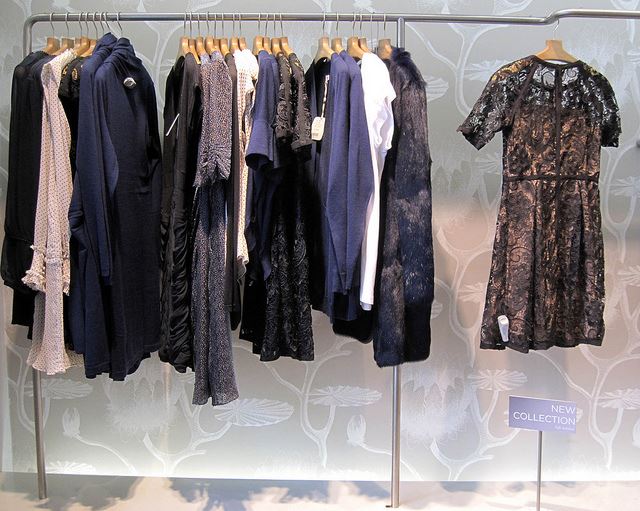 If you are shopping in Spain make sure to try the brands you don’t have back home – as well as the ones you do. photo credit: thinkretail via photopin cc

We hope you enjoyed out guide on what to pack for Spain. Happy packing! And do check out our handy travel checklist, if you haven’t already done so!