Spanish Parador Hotels in existence for more than a millenium

Spain is a country full of historical heritage. And part of it has been recovered by the state-owned company Paradores, which has obtained and reinvented many historical properties turning them into hotels distributed throughout the country. Of course, always endeavouring to preserve the original essence of the building. In total, there are 97 Spanish Parador hotels throughout Spain of differing styles and settings.

The Spanish Parador network of hotels (Paradores) were officially established in 1928 during the reign of King Alfonso XIII to give a boost to tourism: the first Spanish Parador was the one located in Gredos, but many of them are located in much older buildings, whether castles, monasteries or palaces from medieval times. Three of them stand out for having more than 1,000 years of history behind them: 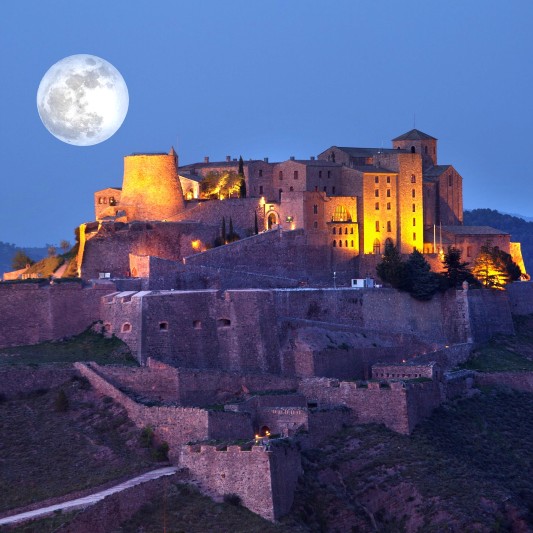 It is without a doubt one of Catalonia’s most recognizable castle hotels. Cardona Castle, which was constructed in the 9th century during the uprising in Spain against the Muslim invasion, became a Parador hotel in 1976 and is majestically situated on a hill over 150 meters high, allowing visitors to observe the entirety of the natural surroundings of this enclave in the interior of Catalonia (located very close to Manresa, 90 kilometers from Barcelona). Here you can also explore an 11th-century chapel and discover the story behind the Minyona Tower or Maid’s Tower inside the defensive enclosure. The moats, towers, walls, and other Gothic features have been preserved as much as possible throughout the conversion to a Parador, allowing visitors to fully appreciate their beauty. 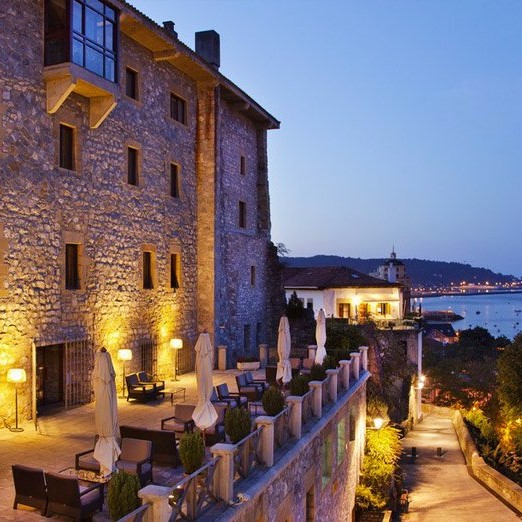 This historical Spanish Parador, the Carlos V Castle,  offers lodging to anyone who wishes to stay somewhere special in Hondarribia on the Cantabrian coast that borders France. A description of the courtyard highlights the “immense, bare stone that frames the courtyard, encircled by lush vines, and crowned by areas embellished with arches, wrought ironwork, and coffered ceilings”.

The reason this Spanish Parador is known as Charles V Castle is because the Habsburg dynasty’s king expanded it in the 16th century, even though it was actually built much earlier, in the 10th century. In particular, it was Navarrese King Sancho Abarca who gave the order for the construction of this fortress on a promontory overlooking the mouth of the Bidasoa River. Situated at the top of the old town, this Spanish Parador and the surrounding streets of the historic centre are an authentic monumental wonder, the reason for it having been declared a Historic-Artistic Monument. It is one of the best preserved medieval areas of all Guipuzcoa that allows you to know a little better the history of this wonderful Basque town. 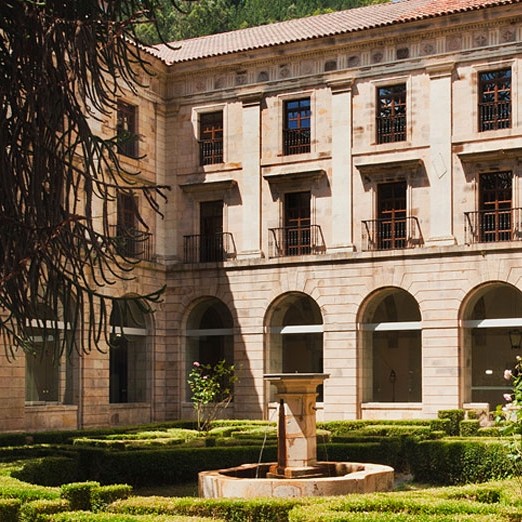 Inauguarated by the Queen of Spain in 2013, this Spanish Parador hotel is a magnificent monastery whose first construction dates back to the beginning of the 11th century: its basements still preserve archaeological remains from that time. It was occupied for several centuries by the Benedictine Monks. This construction, declared a National Historic-Artistic Monument and also known as the Asturian Escorial, reached its maximum splendor in the 12th and 13th centuries with the dominion over lands in the western part of Asturias and part of the territory of León. Highlights include the stunning cloister is developed around the main courtyard, with seven semicircular arches in each wing, and the main facade is covered with marble stone.  Located in the Asturian town of Cangas del Narcea, this Spanish Parador is surrounded by green mountains and overlooks the Narcea River.  It is only a short drive to the splendid Somiedo National Park as well as the picture postcard fishing town of Cudillero.