We often plan a week off in a warmer climate during our Christmas break when it can get a bit chilly in Northern Spain. With so many Southern cities to choose from we are spoilt for choice (we’ve been customising trips across Spain and Portugal since 2000) but one place that keeps on drawing us back, is Lisbon.  There’s something so refreshing about a Lisbon city break.

1. Lisbon is Beautiful. And Different!

The first thing we always remark about Lisbon is that it is really elegant and beautiful. We adore the Southern European meets the Atlantic atmosphere that gives Lisbon a really unique look and feel. Despite being on the “must-see” lists of all the influential travel writers for the past two years, the city of Lisbon still manages to feel very authentic and completely untainted by tourism. Its like the visitors to this city just seem to be absorbed into this dynamic capital in a very natural way. 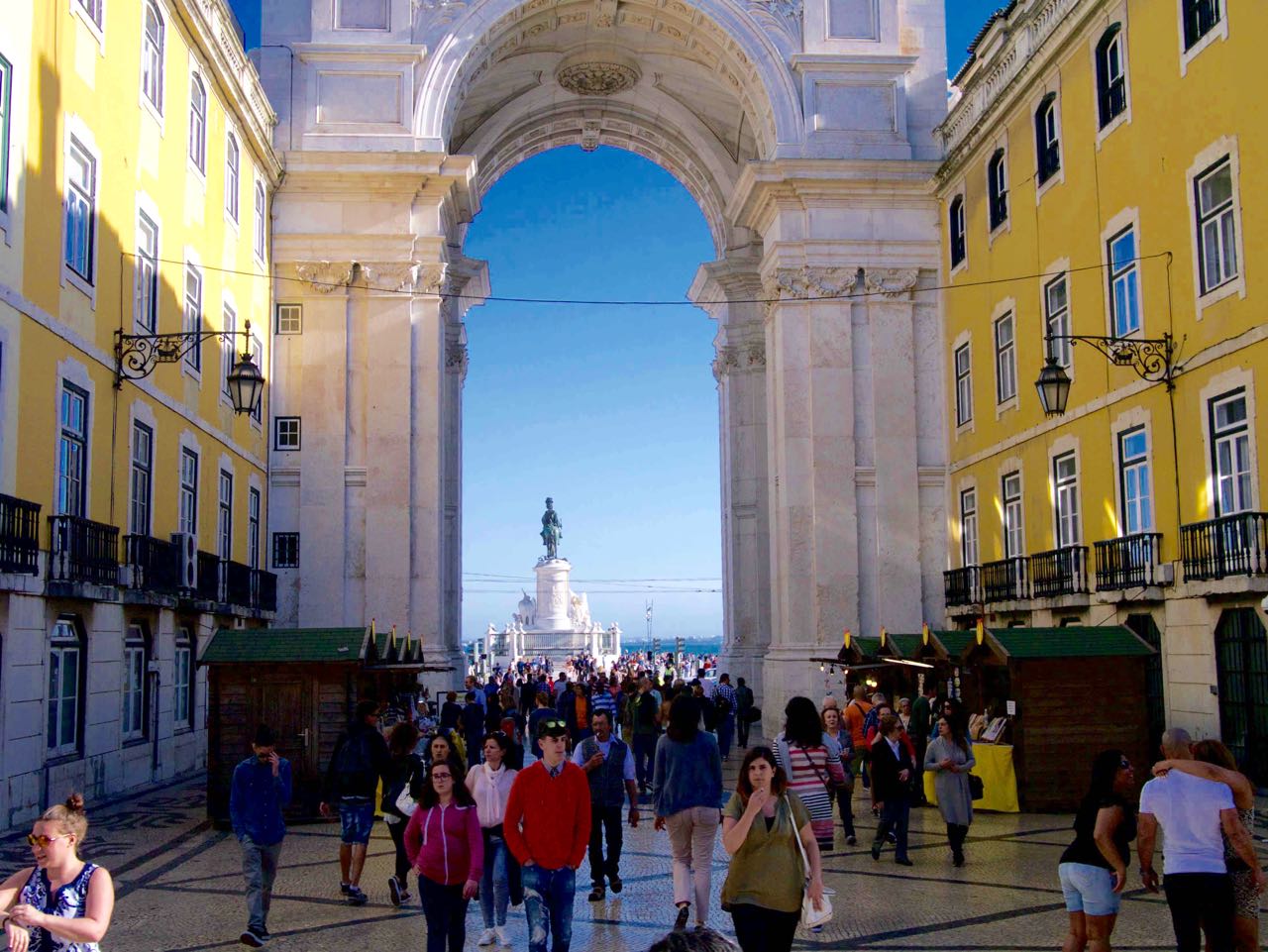 What’s not to love about Lisbon? It really is one of Europe’s great capitals! 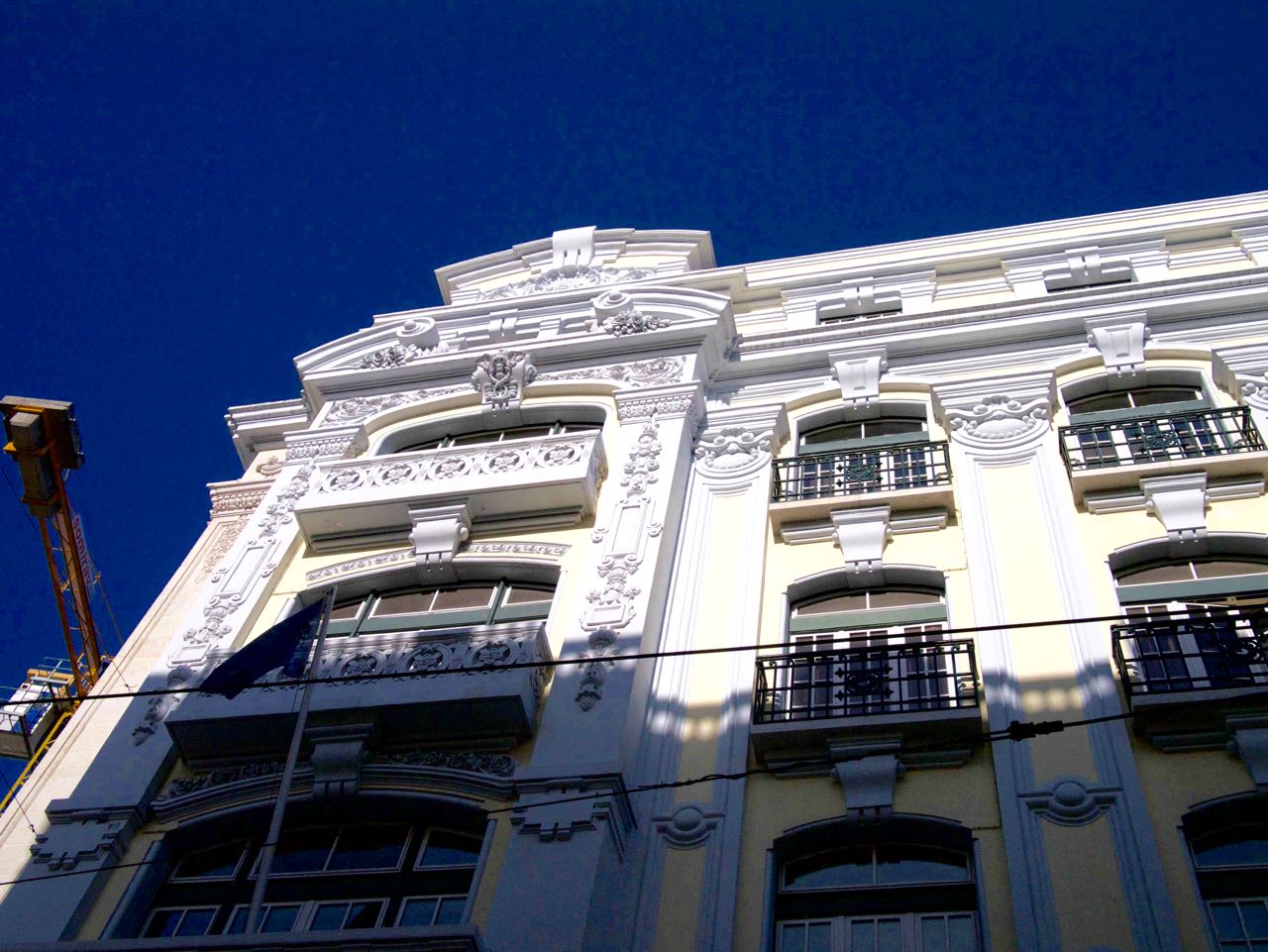 Each building is prettier than the one before in downtown Lisbon – you’ll become familiar with the charming Manueline style which is understated elegance at is best!

Whether you like to walk or prefer to hop on the trams, metros, buses, funiculars, taxis or tuk-tuks, it’s very easy to get around Lisbon. With a population of 550,000 it’s smaller than Boston, Ottawa and Seville and tiny when compared with Barcelona & Madrid. You can walk everywhere with great ease but if you don’t fancy climbing some of the hills, you can hop on one of the city’s iconic trams or lifts which are amazing. 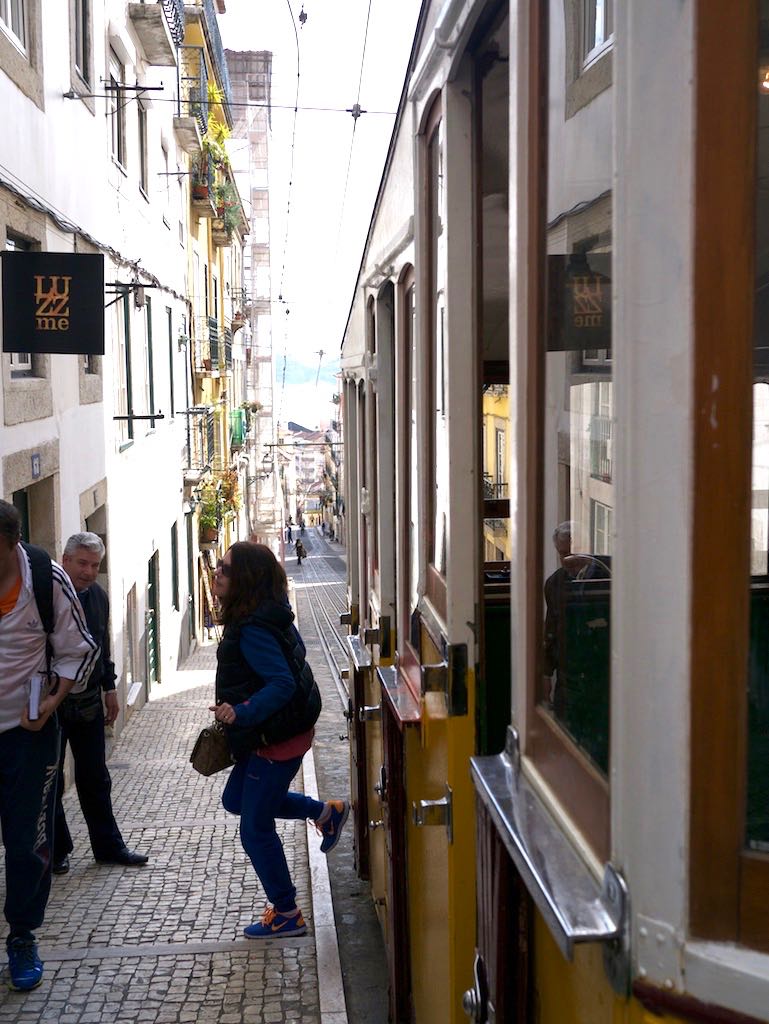 It’s a breeze to get in and out of the city. Lisbon’s airport is located less than 10km from the city centre which makes arrivals and departures super smooth. And accommodation is another area where Lisbon seems to really excel when it comes to city breaks. Every time we visit Lisbon, we always arrange tours of the new hotels so we know where to place our clients. Well, that’s getting harder and harder. Something like 1,600 new hotel rooms were due to come on stream in 2015 so it’s definitely a case of divide and conquer for the first few days in the capital. In case Lisbon needed any more validation, it came in spades when the prestigious WebSummit event announced it was moving its location from Dublin to Lisbon largely due to Lisbons accommodation capacity and competitive rates plus the easy access to the airport and the commitment from its telecom providers to offer the bandwidth such an event requires. 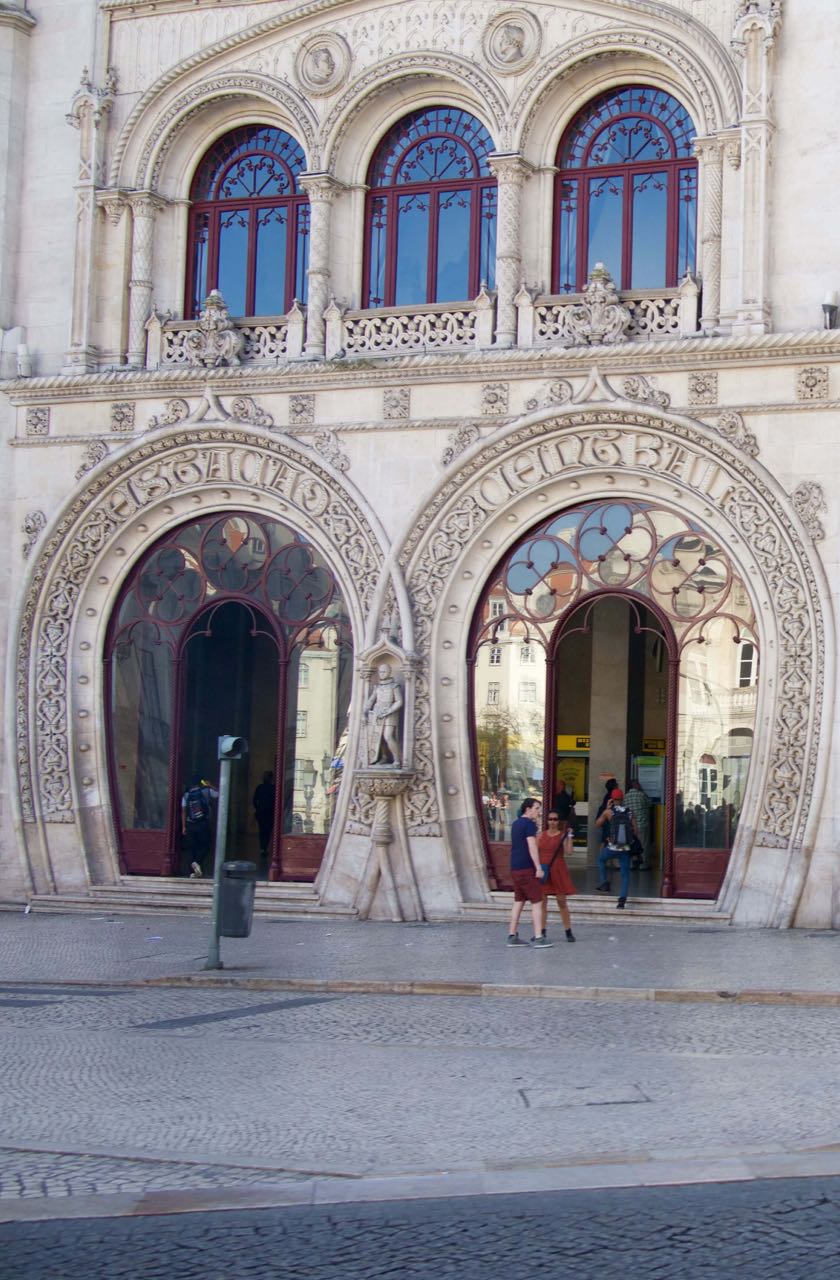 Horsepower? Not quite. It’s the old Central Station known today as Rossio that is embellished with a neo-Manueline facade that we can’t take our eyes off when we are in town!

Our clients love the heightened levels of customer service you find all across Portugal. In Lisbon you are met with smiles from the minute you touch down to the time you take off again and you’ll find that the client is always right (even when he or she is wrong!). Service levels are really excellent whether that’s the cab driver from the airport who will go to extra lengths to make sure you are dropped at the door of your hotel. Your hotel concierge will make sure your bags are taken care of and will make some suggestions for refreshments before you’ve had time to realise you are hungry – and even the staff at the most touristy of locations will make sure you are getting good service. It’s probably as close as you’ll get to North American standards in Southern Europe and possibly even in Northern Europe too! 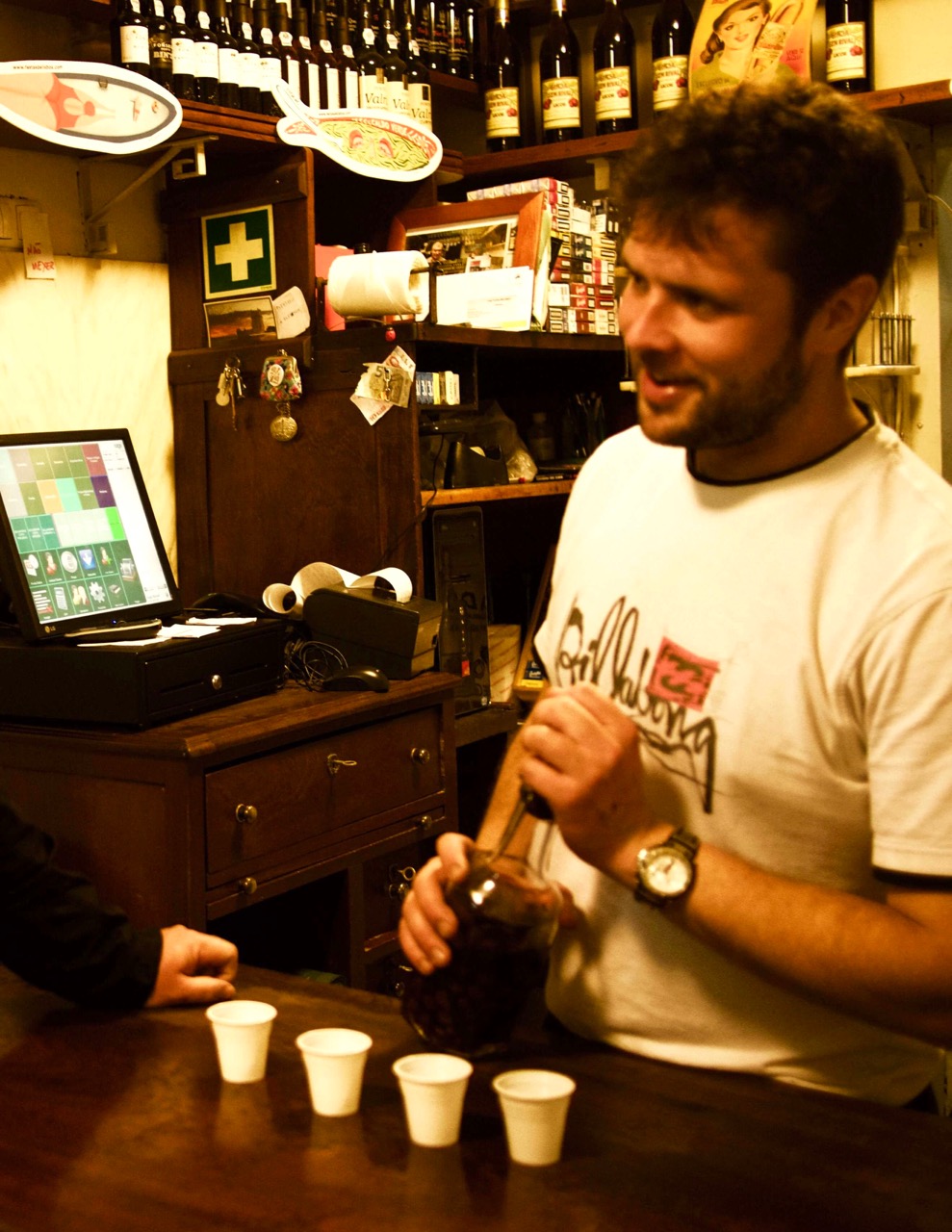 From the poshest hotel concierge to the simplest of Ginjinha bars, everybody goes out of their way to help

Perhaps the great service in Portugal is connected with the good standard of English spoken. Portugal has been a trading partner with the UK for centuries and that, coupled with the subtitling rather than dubbing of movies and TV programmes in Portugal means that most of its residents are accustomed to hearing English and even in the most remote locations, can usually put together a few sentences to get you from A to B. Those who have studied English tend to pronounce it better than say their Spanish counterparts, because there are more (comparable) vowel sounds in Portuguese than in Spanish. Whatever the reason – if you need to find an English speaker in Portugal you won’t be looking for long. In fact, almost everybody you come into contact with, will speak some English.

Every city has its own tale to tell but we really love how easy it is to peel back the layers of history in Lisbon whether thats down by the port and at Belem, learning about the country’s naval and colonial past, exploring the city’s Jewish heritage in the Alfama neighbourhood or learning about the city’s cafes and theatres in Chiado. The city has a great respect for its traditions and its past as you can see from its charming cobbled streets, its wonderfully intricate tiled or stuccoed buildings and its fully functioning trams and funiculars and lifts. 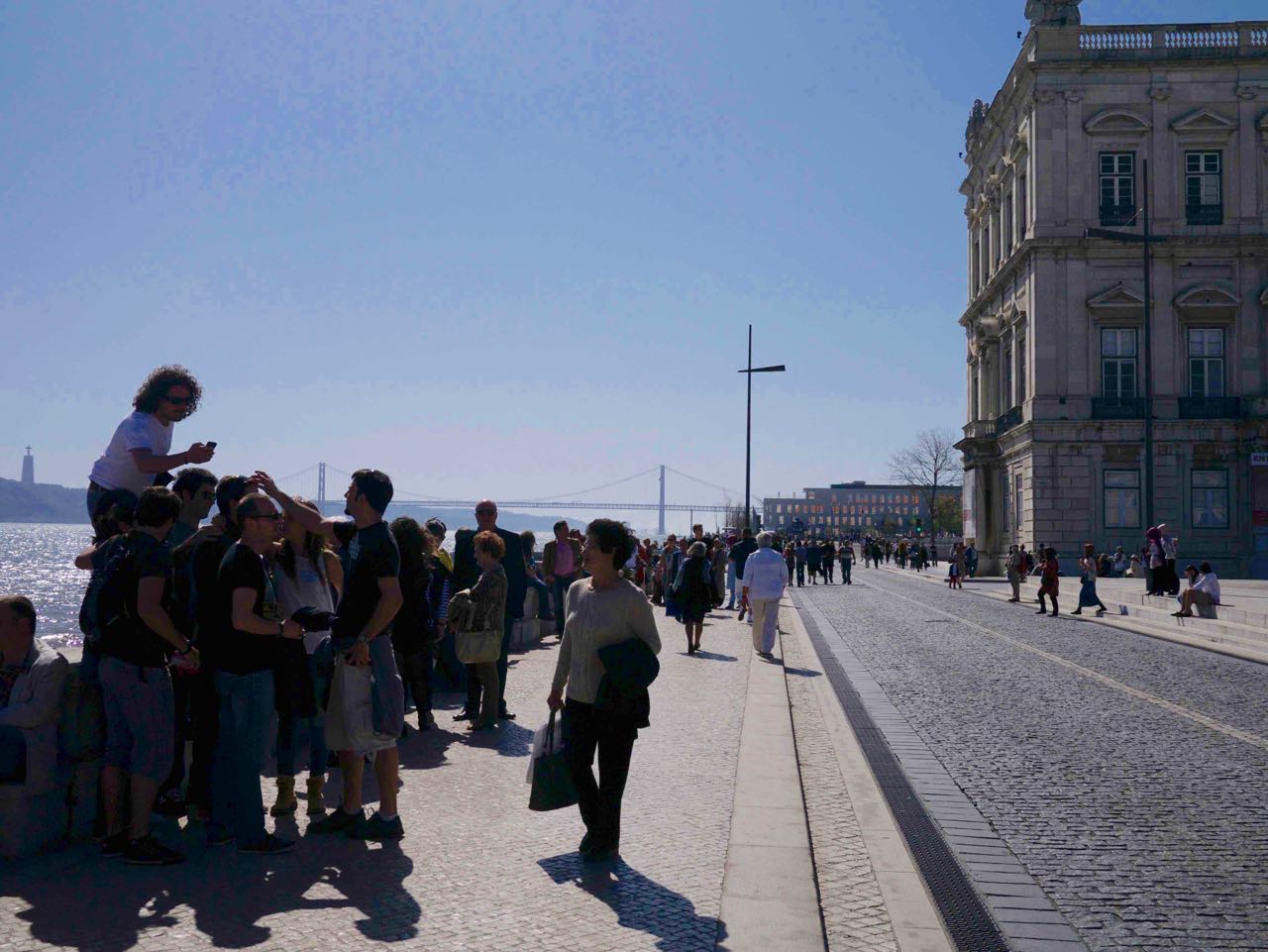 Decadent or shabby chic is how Lisbon used to be described up until a few years ago when the city centre has seen significant investment and all the shabby has been left behind. What you find is an elegant and understated city with wildly different styles of architecture from one neighbourhood to the next – so there’s something for every taste and whim. 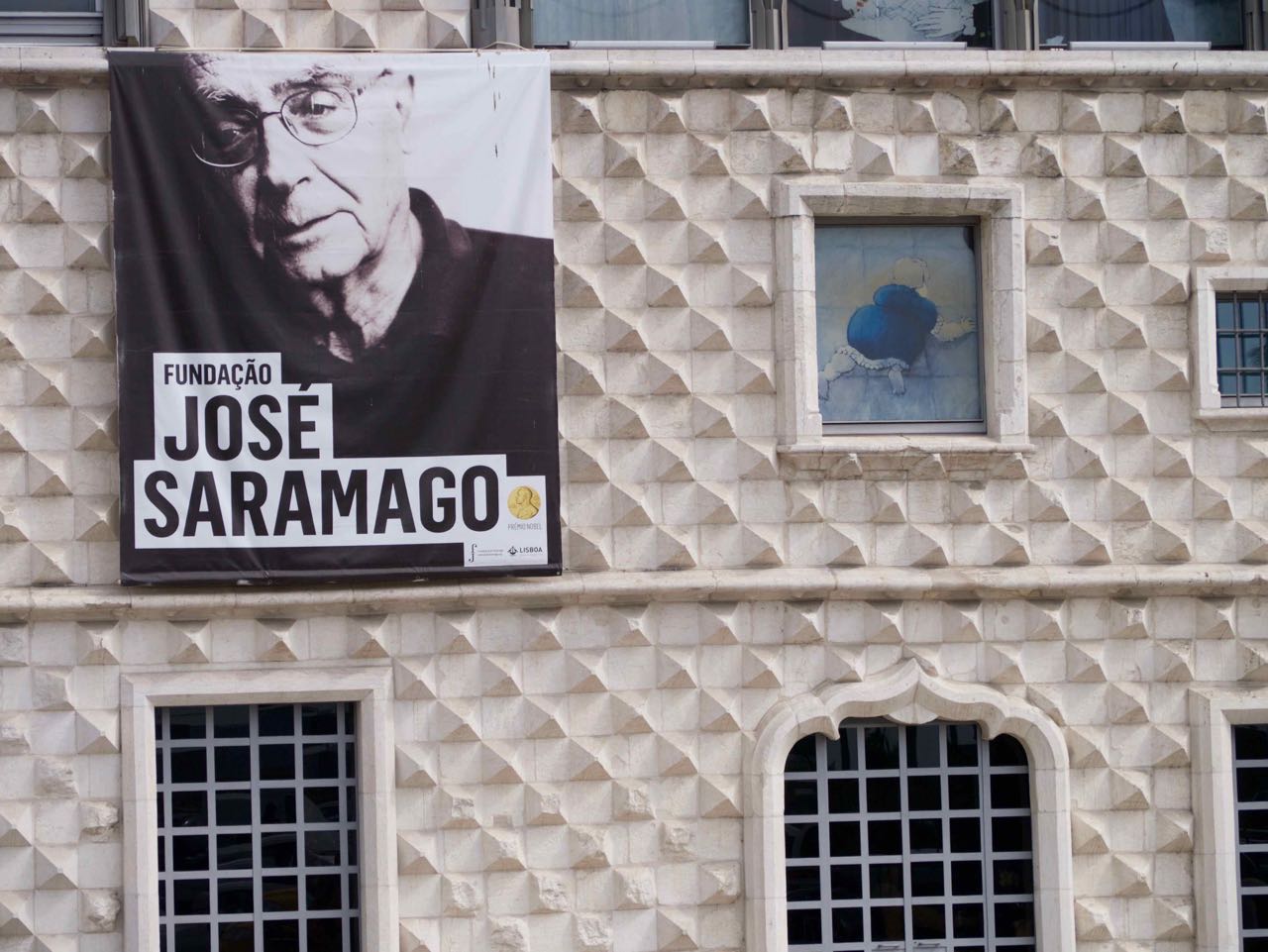 Do not adjust your set. This cultural centre called Casa dos Bicos in honour of the Portuguese writer is located in a former fish warehouse. We love the architect who decided that each of the windows would be a different design…

We love walking around the Alfama neighbourhood in the morning and carrying on to the Cais do Sodre area and then up to Chiado and the Bairro Alto for lunch. It’s back down to the Baixa area for some shopping in the afternoon and perhaps a nap at the hotel before picking a location for dinner which is often back into Chiado again! 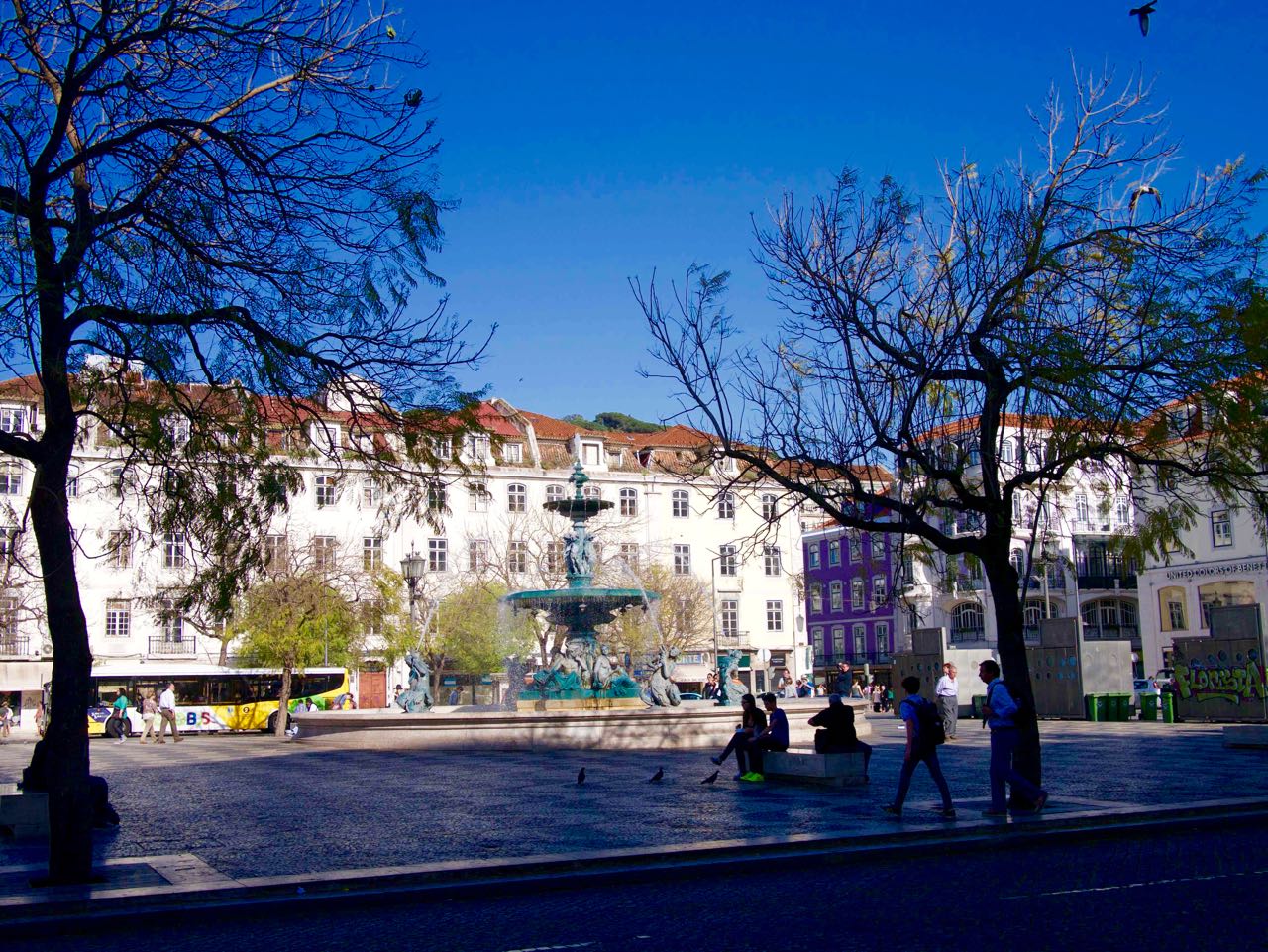 Just one of the lovely squares in downtown Lisbon

Even those of us who don’t have a sweet tooth love these typical ‘pasteis de nata’ tartlets. And then there is the amazing coffee. And the prego sandwiches. And the bacalhau. The fish and seafood is so good! And we love the Santini ice-cream parlour! We could go on and on about the food but you really need to see it and taste it yourself to believe it! 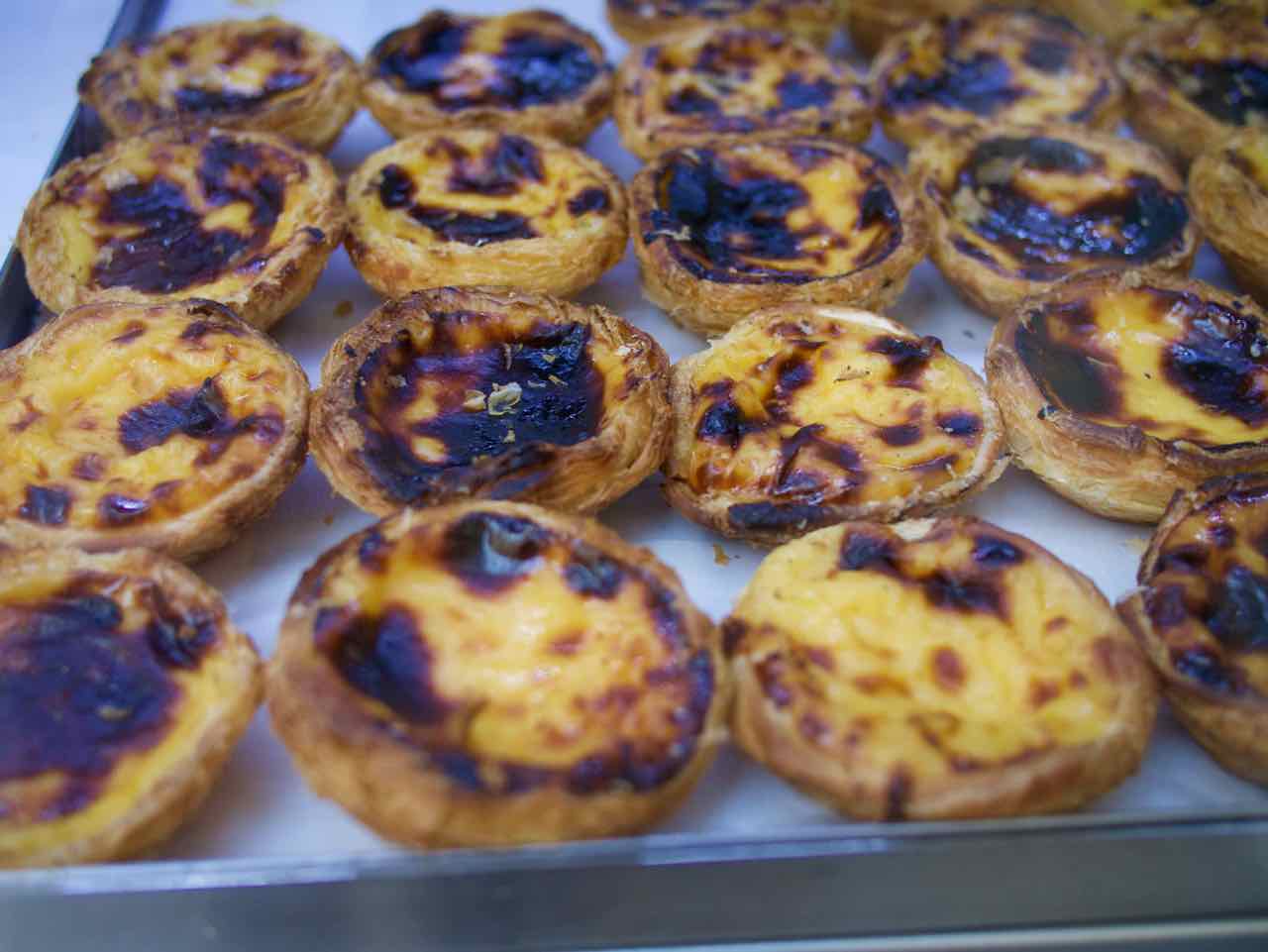 The climate of Lisbon means it’s warm in the Summer and mild in the Winter. It doesn’t fall below the teens in Winter and rarely goes beyond the high 20s in the Summer. So when Northern Europe is putting on its Winter hats, scarves and gloves, the residents of Lisbon are slipping on a winter jacket or coat at most. And in the Summer, when the rest of Southern Europe is sitting inside in with the a/c on full blast, you can be out and about in Lisbon enjoying the outdoor terraces, parks and all the other attractions Lisbon offers. 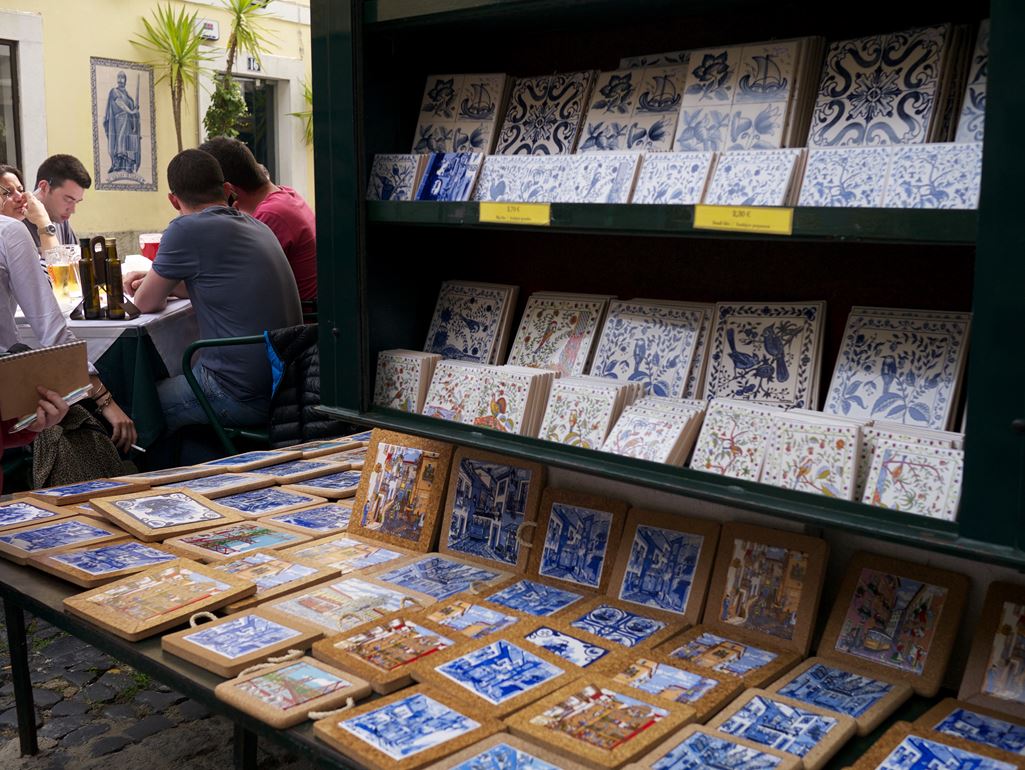 Alfresco dominates in Lisbon – where you’ll find the Winters are mild and the Summers aren’t too hot!

Although it’s a capital city, it feels much smaller than one. We’ve been a few times with the girls and have also travelled with friends and their kids too and we’ve always found Lisbon to be a really friendly place for children. Our clients have also echoed this. Everybody we’ve met had nothing but smiles for the kids and were super helpful when it came to ordering food – making suggestions about the portion size and which specialities would go down well with the little ones. We found they embraced everything even the piri-piri. We also found there was plenty for children to do – whether it was taking a spin in the cable cars, a ride on the cool trams, a visit to the amazing aquarium, a trip to the castle and the many great street entertainers. The girls even had an impromptu dance class one evening when an amazing live band on the Avenida Liberdade had everybody at the outdoor terraces up and out of their seats. 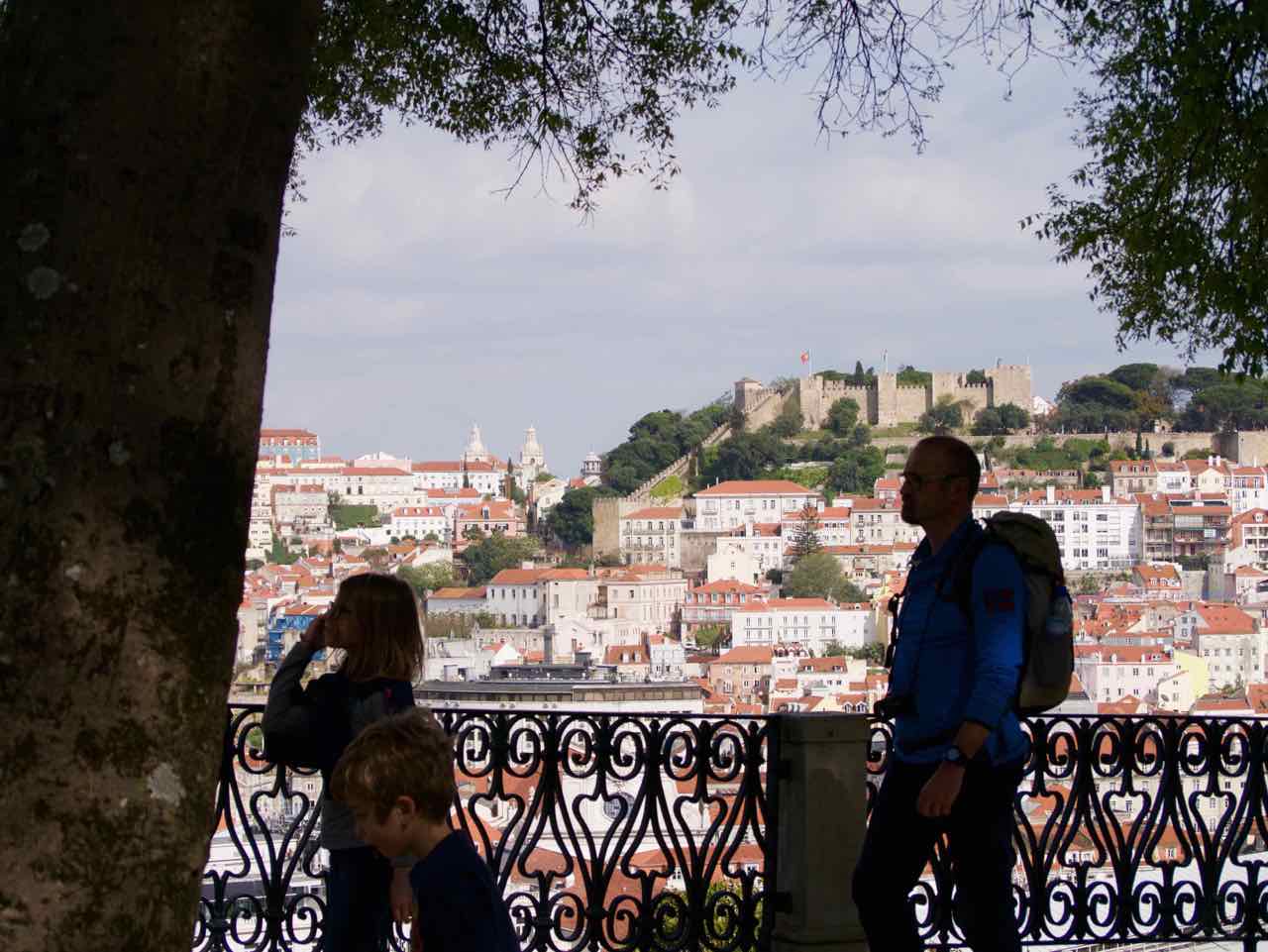 Lots to keep the little ones interested in Lisbon – especially if they like castles, trams, aquariums and cakes, likes ours do!

9. A Very Northern Timetable for a Southern European City

Living in Spain, we’re accustomed to late lunches and very late dinners which is often a concern for our clients. But Portugal couldn’t be further from Spain when it comes to mealtimes. You’ll find people sitting down to lunch anytime between 12 and 2pm which in Spain is almost impossible. Dinner here is served from 7pm til late. If you are peckish before then you can do what many of Lisbon’s office workers do – nip out for a coffee and a pastry or slice of cake. You’ll also find Portuguese tapas called petiscos which are great if you’re peckish but not hungry and conversely if you are starving but aren’t eating until later. Grab a platter of whatever speciality is on offer with a glass of wine and bingo! 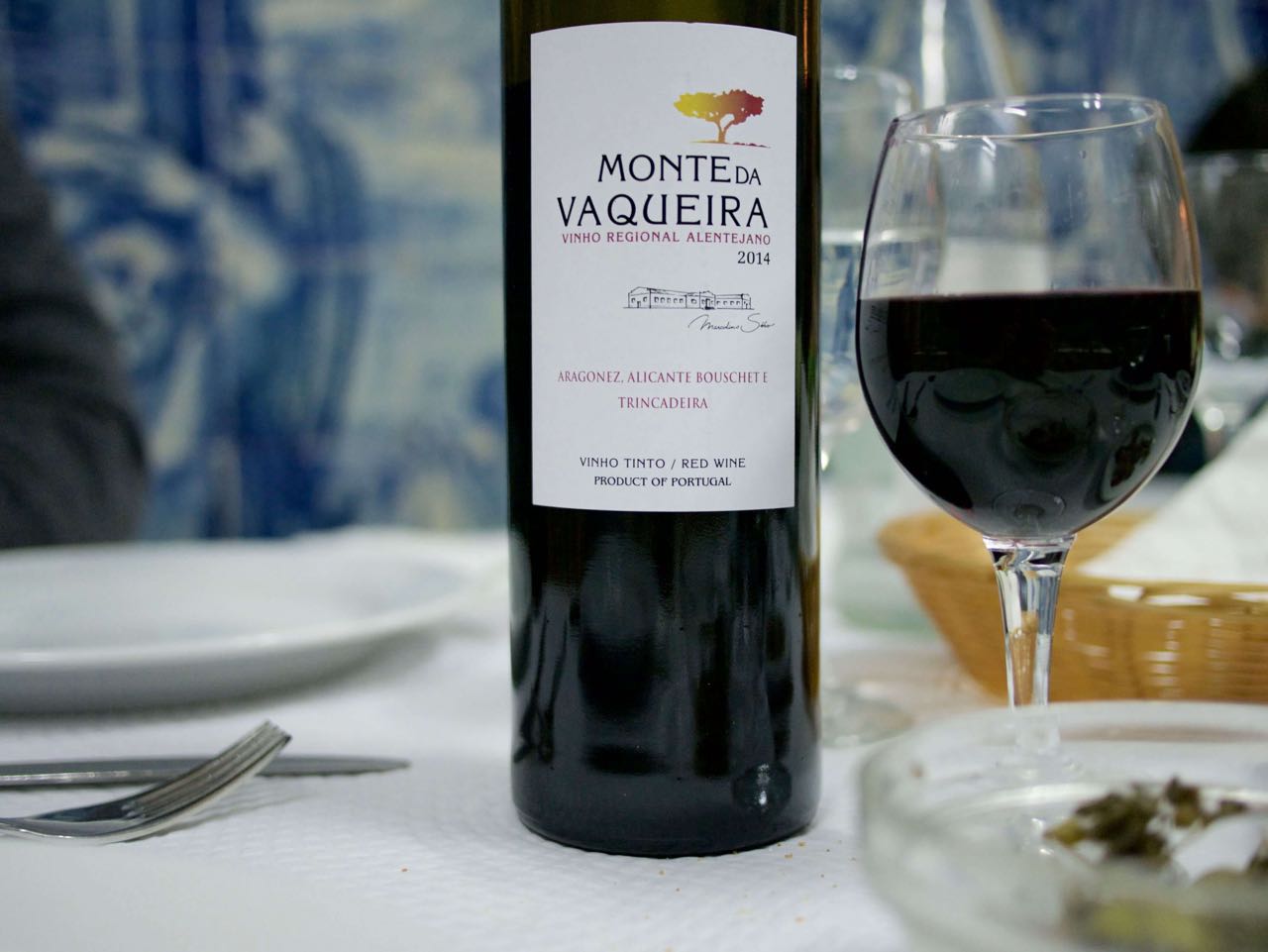 Did we mention the wine is wonderful and very affordable?

If you like to bring back a memento from your trip, Lisbon is a great location. Not only will you find lots of foodie items for your larder but there are amazing artists and craftspeople operating inside the city. On one of our recent trips, we picked up some amazing photos by an art student which we have framed and are hanging proudly in our home.  We also picked up a few dozen kilos of coffee which really is amazing and always commented on. And the ceramics never fail to tempt us either – our garden has some great terracotta pots as well. 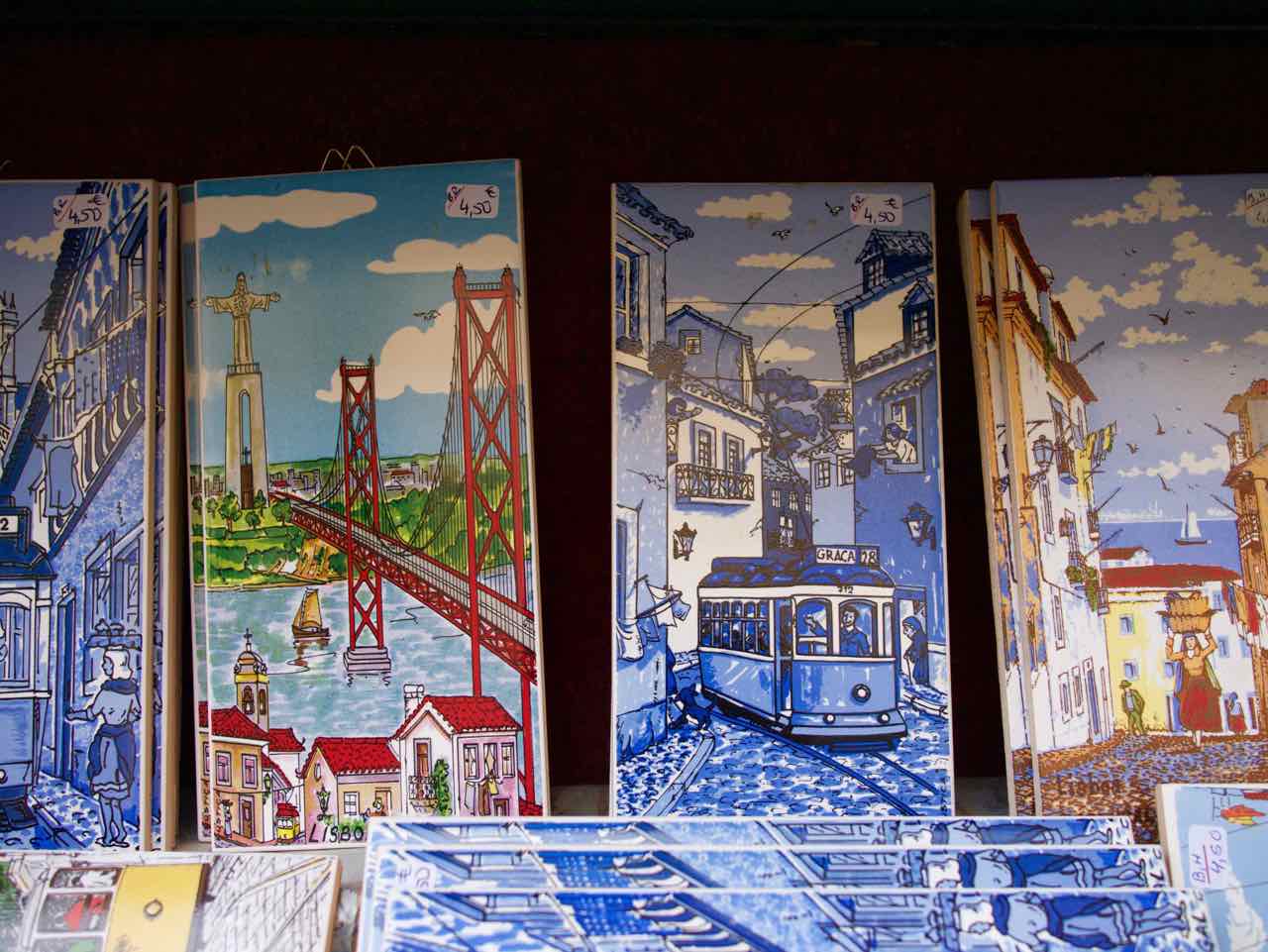 It’s very popular but don’t let that put you off. Take a day-trip to Sintra which is one of Europe’s most beautiful royal palaces set in an uniquely luscious valley – and is only 45 mins by train from Lisbon. Prefer the beach? Take a train to Cascais on the coast – just 39 mins from the capital. Fancy exploring Portugal’s Jewish heritage? There’s lots to see in Lisbon but you should also consider towns such as Evora which is a two-hour train ride away! Like your university cities? Then it has to be Coimbra which is just a two-hour train ride away and also well worth the journey time. 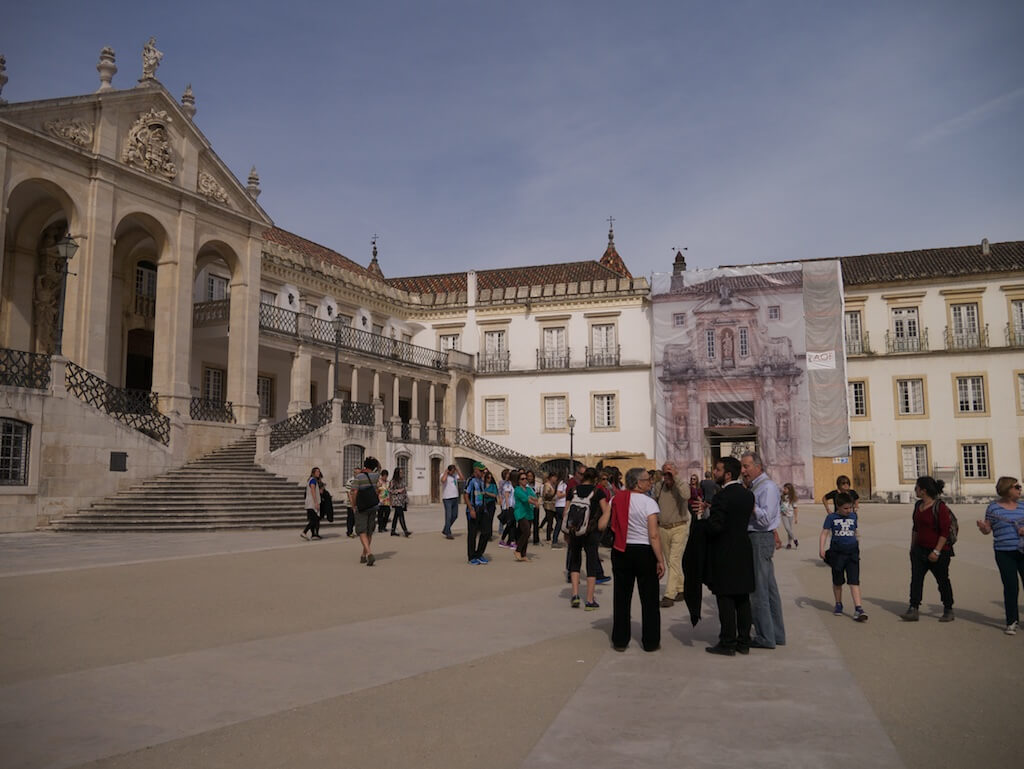 You have a huge number of options when it comes to day trips from Lisbon. Coimbra’s university started out in Lisbon in 1290 and relocated north in 1537, making it Portugal’s oldest university

If you are planning a Europe tour, you can easily add in Lisbon and get a taste of Portugal. You can fly direct from Barcelona, Bilbao, Madrid or Seville to Lisbon which also has direct connections with New York, Boston, Miami, Toronto, a whopping 11 cities in Brazil and all the European capitals.