Last weekend, Ken from Totally Spain (we’re a Spain-based travel agent and specialist in custom travel to Spain since 2000) took a quick trip to Barcelona to meet his brother who was there on business. They were both reminded of just how much Barcelona delivers in such a short space of time. Take it away – Ken!

The rough plan for my weekend, which didn’t even stretch to 48 hours due to flight times, was for a little bit of culture with a difference, a little bit of jazz, some not so usual sights and of course, plenty of good food. Here’s what we did and what ultimately turned out to be a thoroughly satisfying weekend break in Barcelona.

Friday night we arrived at our hotel, the four-star Hotel America.  I love this hotel! It’s often good value for money. It’s very comfortable and is ideally situated in the Eixample which is an area I personally prefer to stay as it’s just a tad removed from the busy Ramblas and Gothic Quarter and just a short stroll to the pleasant café-lined Rambla Catalunya and the elegant Paseo de Gracia. 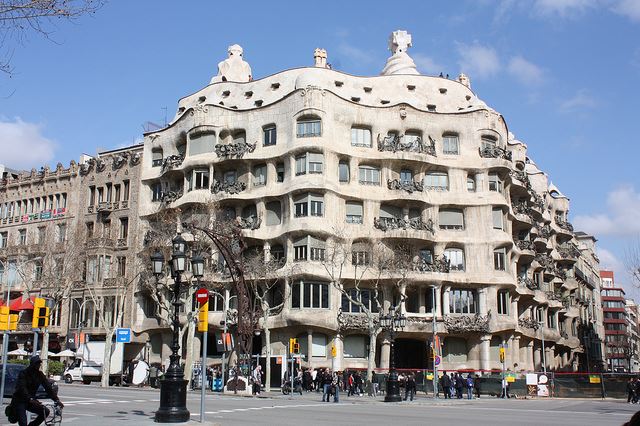 We prefer to stay in the Eixample neighbourhood which is home to stunning Gaudi creations such as La Pedrera, also known as Casa Mila. Photo credit: faustonadal via photopin cc

Settled in, we grabbed a taxi and shot over to the club of the Castellers de Barcelona.  It’s situated on the Carrer de Bilbao about 15 minutes from the city centre. The Castellers or ‘human tower builders’ are so impressive to see and they train every Friday and Saturday. I’ve seen them before but the skill and nerve involved as well as the sheer dedication of the members never ceases to amaze me. It’s free to visit the club.  It’s way off the tourist trail and for those who have never seen it live before – it is always enthralling – it certainly was for us. On Fridays they’ll train for up to 3 hours and usually begin around 7pm. There is a calendar on their website with the schedule and visitors are always welcome.  I’ve even been permitted in the past to form part of the piña or ‘pineapple’ as the human base for the tower is known as. 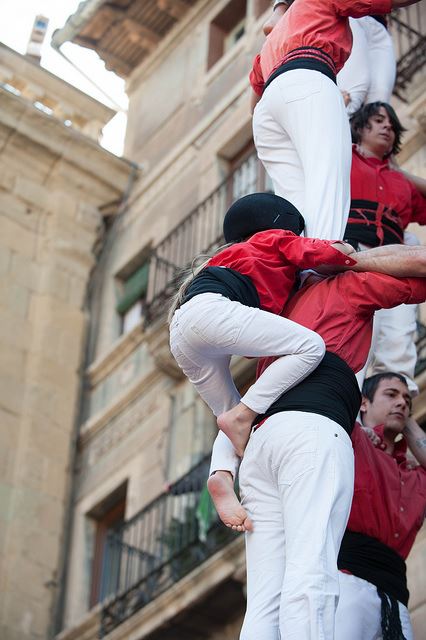 The Castellers de Barcelona train every Friday and Saturday and welcome visitors to the club. Photo credit: DeGust via photopin cc

Afterwards we took a taxi to the Plaza de Espana.  Taxis are quite cheap in Barcelona and are plentiful. As we arrived the light show and fountain display on the steps of the Royal Palace was in full flow. It’s touristy but it’s a lovely thing to see at night. We watched it and then went for an informal dinner at Restaurante Mussol on the roof of the remodelled Las Arenas bullring which is now a shopping arcade with a circular scenic rooftop lively bars and restaurants. There’s a nice atmosphere here, lots of local people and it’s away from the tourist crowds you find around the Ramblas. 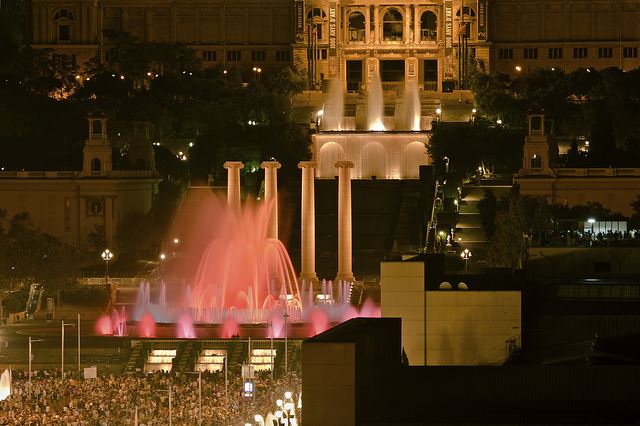 The light show as seen from the Plaza de Espana. Photo credit: MiquelGP54 via photopin cc 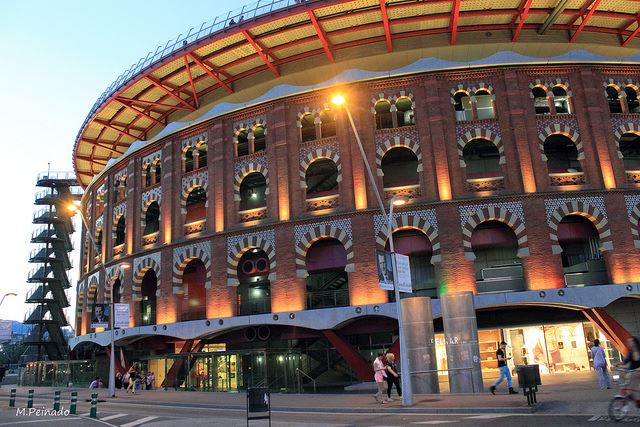 The old Las Arenas bullring is now a shopping arcade with a circular scenic rooftop for bars and restaurants. Photo credit: M.Peinado via photopin cc 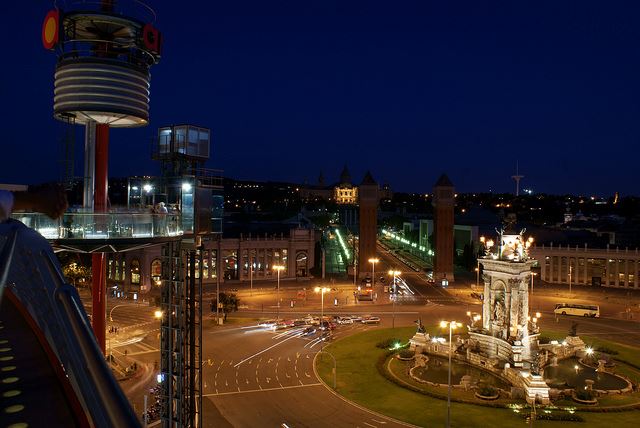 The views from what was the old bullring Las Arenas – are great! Photo credit: danielico via photopin cc

I’m a big jazz fan so after dinner we headed to the Harlem Jazz Club which is on the edge of the Gothic Quarter. A local jazz orchestra was playing and the atmosphere was lively and just right. Barcelona has quite a number of jazz clubs which are central and easy to get to for visitors. 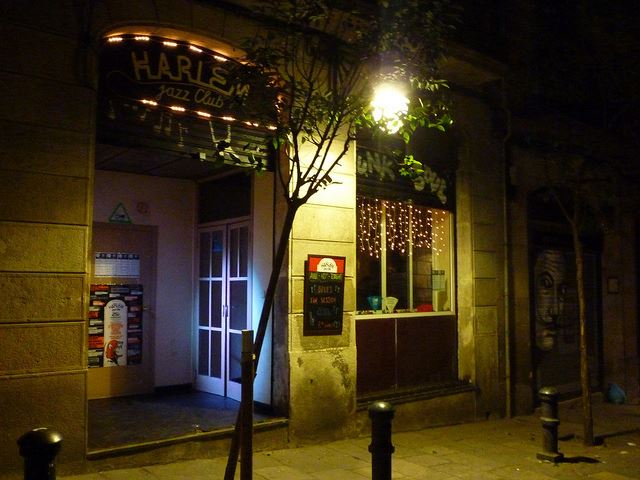 On Saturday morning we enjoyed a buffet breakfast at the hotel after which I had lined up a two-hour gastronomic walking tour at 10:30am. I was interested to check out this low key tour as it is offered by the Barcelona tourist authority, it’s inexpensive and it helps orientate new visitors to the city as well as educating them on the local gastronomy. It’s a group tour and wouldn’t be for everyone but it was relaxing and fun. It took in the Boqueria market of course, as well as several terrific old cafeterias such as the Granja M Viader and amazing mouth watering chocolate and pastry stores such as Escriba. All are based in the Gothic Quarter, so you get to appreciate this historical area too on the way around. While it is a gastronomy-themed tour you only sample two tapas along the way but still, you learn about many places worth returning to later. 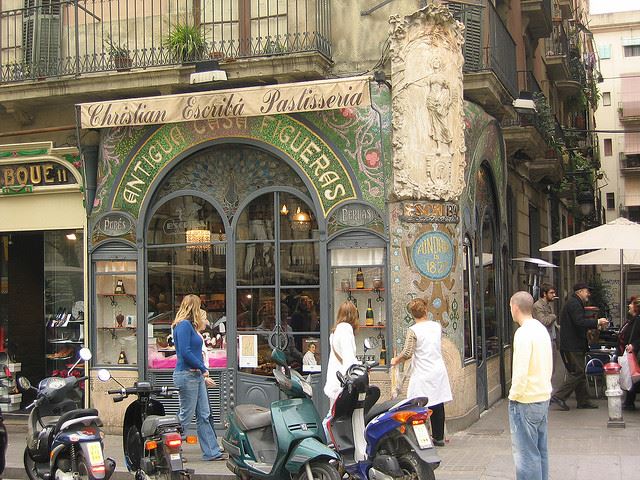 Escriba is one of the best known chocolatiers in Barcelona. Photo credit: B.G. Johnson via photopin cc 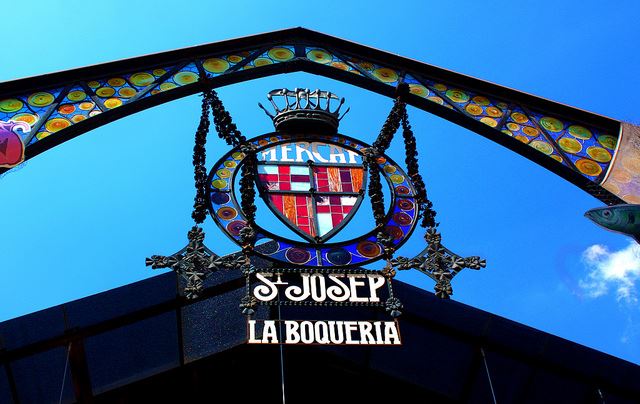 You’re surrounded by wonderful design in the city – even the signs are stunning. Photo credit: RebecaAR via photopin cc

We finished up at 12:30pm and grabbed a taxi to the Plaza de Espana from where we took the short 22-minute train ride out to the Colonia Güell.  This is an interesting town with some wonderful architecture not least of which is the incredible Gaudi Crypt. It’s worth going just to see that. The town is small and it’s quiet but it has charm.  After touring the town for an hour or so we went for a truly terrific lunch at the Restaurante Capritx also in the town centre. This is one of those unassuming, good old, great restaurants. Not expensive, not over the top and offering tasty, freshly prepared food and great wine served in a simple setting that is right out of the early 20th century.  At the weekend they have a 22 euro menu as well as a la carte and all dishes are based on traditional Catalan cuisine cooked in the traditional way. Delicious. We didn’t want to leave as the owner Cristina had made us feel so welcome and at home.  Colonia Güell is a place to go back to and would be an ideal complement to a Montserrat Tour or even a Park Güell Tour. (We’ve blogged about Gaudi’s Barcelona here which covers all the other “must-see” sights in the city and a few more!) 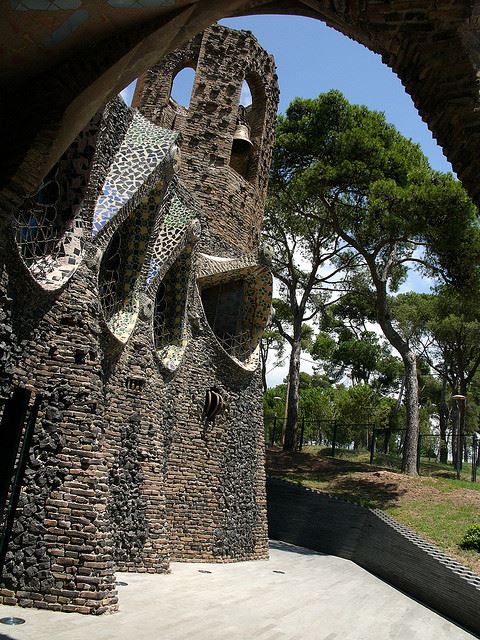 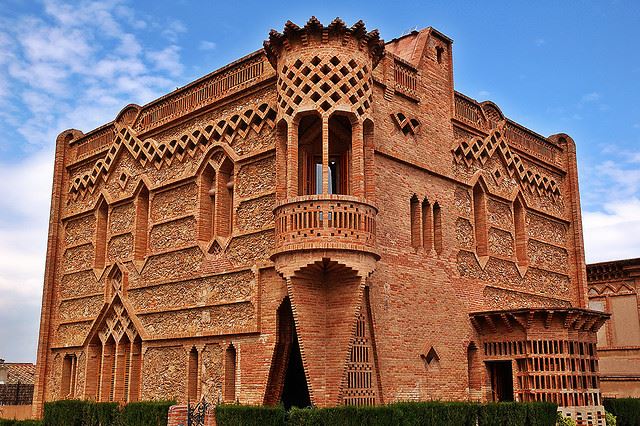 When we returned to Barcelona we made our way to Catalina just off the Rambla Catalunya. This bar buzzes all day long and is a great place for sampling freshly prepared tapas. It’s especially busy at lunch and in the early evening. We weren’t hungry but we enjoyed people-watching and having a few drinks while sitting on the terrace outside and recalling the different things we had seen and done over the previous 24 hours. 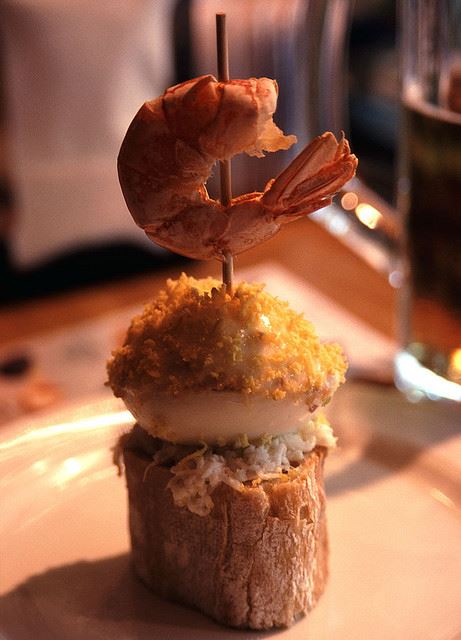 Lots of tasty tapas in the city – if we hadn’t eaten such wonderful lunches…Photo credit: stijn via photopin cc

Later on we strolled only a short distance further along the Carrer de Mallorca to the Philharmonic Jazz Club which is in the basement of the Philharmonic Bar. For jazz lovers this venue has a great intimate atmosphere with live acts every Friday and Saturday night. We were treated to a terrific set by the lively duo known as Doctor Swinguez and afterwards we had just a 7-minute walk back to our hotel. 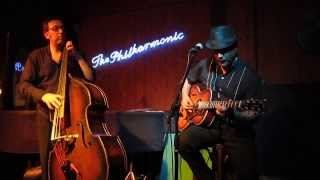 Leaving BARCELONA on the Sunday morning

On the Sunday morning after a great brunch, we both returned to out respective homes – agreeing that we’d had (yet again!) a perfect weekend in Barcelona, with plenty of variety, which is what this wonderful city always delivers to visitors.

Planning a trip to explore Barcelona in 48 hours?

If you’d like to see our suggested tours for Barcelona, including day trips from the city, click here and you’ll enjoy our post on Gaudi’s Barcelona also.